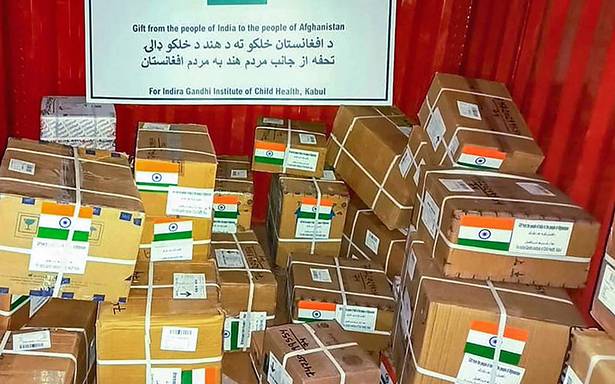 Hours after India announced vaccine and wheat delivery for Afghanistan, the Taliban reiterated that it will provide protection to diplomats from countries that wish to re-open closed embassies in Kabul. The assurance, however, will be tested against the current ground situation in Kabul and in other major cities of Afghanistan that India is tracking closely.

“We are committed to provide security for all embassies and their diplomats to function normally if they return to Kabul,” said Suhail Shaheen, Taliban’s “Permanent Representative Designate” to the United Nations.

Explained | Why is Afghanistan staring at a humanitarian disaster?

Taliban has given several assurances over the last few months to the international community about safety of diplomats and workers in international organisations but the security situation in Kabul has not improved so far.

Taliban has briefed officials of several countries including Turkey, China, Pakistan, Kyrgyz Republic, Qatar and the U.K. about the security challenges on the ground. However, India has not yet sent a diplomatic team back to Kabul for a first-hand report even though its humanitarian reach has expanded over the war-torn country. The pledge of delivery of wheat with the support of transit facility from Pakistan, however, indicated that Delhi is increasingly tilting towards engaging the Taliban indirectly through international organisations like the World Food Programme.

It is understood that further engagement of the Taliban by placing official diplomats in the Indian embassy — which was closed in August 2021— will be attempted after due scrutiny and verification. India’s choices at present are limited by the fact that the Taliban has not received official recognition from India even though the Taliban-ruled Afghanistan is poised to receive a large consignment of wheat and medicines from India.

Officials say India is currently deliberating with Pakistan and other international organisations to figure out the modalities for the export of the large consignment but an Afghan commentator Khalilullah Safi has pointed out that the aid distribution network in Afghanistan is riddled with corruption which may require close on ground inspection to be successful.

India has been demanding “unimpeded” access to the Afghan people to help deliver humanitarian assistance in a “non-discriminatory” manner. This line of argument reflects India’s concern about possible appropriation of the items by cartels and groups close to the Taliban, denying fair distribution. “Given the lawless situation on the ground, only 20%-30% of the food crops from India will reach the needy,” said Mr Safi.

A major problem during the distribution of the food assistance from India will be the difficulty that New Delhi may face in verifying the facts on the ground when the wheat distribution begins within the coming weeks. Mr Safi has urged for involving more civil society activists and international organisations on the ground to ensure that the distribution remains transparent and non-discriminatory.

However, it is yet to be seen how India will ensure transparency in the process without having an official Indian team in Kabul to observe the distribution of wheat. Following the arrival of the Taliban, India carried out rounds of evacuation of Afghan Sikhs and Hindus with support from locals but it is unclear how such a local network can ensure “non-discriminatory” distribution of humanitarian assistance even if it includes UN organisations.