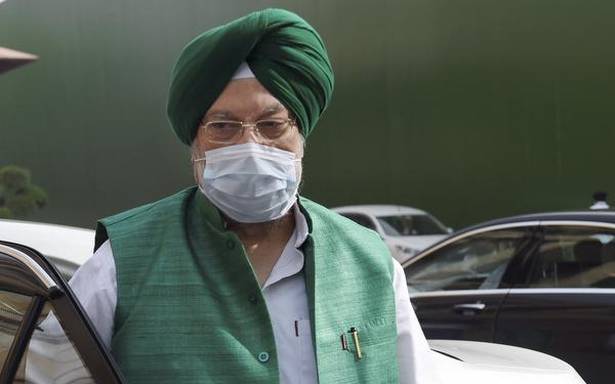 “The two sides announced the addition of a fifth Pillar on Emerging Fuels, which signals joint resolve to promote clean energy fuels,” a statement said.

India and the U.S. have agreed to expand their energy partnership by adding emerging fuels to the list of areas of cooperation that previously included power and energy efficiency, oil and gas, renewable energy and sustainable growth, an official statement said.

This followed a Ministerial meeting of the U.S.-India Strategic Clean Energy Partnership (SCEP) on Thursday evening.

The SCEP was launched in accordance with the U.S.-India Climate and Clean Energy Agenda 2030 Partnership announced by Prime Minister Narendra Modi and President Joe Biden at the Leaders’ Summit on Climate held in April this year.

“The two sides announced the addition of a fifth Pillar on Emerging Fuels, which signals joint resolve to promote clean energy fuels,” it said.

It further added that “a new India-U.S. Task Force on Biofuels was also announced to build on the scope of work on cooperation in biofuels sector.” With this, the SCEP inter-governmental engagement now spreads across five pillars of cooperation – Power and Energy Efficiency, Responsible Oil and Gas, Renewable Energy, Sustainable Growth and Emerging Fuels.

The statement said, Minister Puri and the Secretary reviewed the progress, major accomplishments and prioritised new areas for cooperation under various pillars.

“The meeting also reviewed the progress on the India-U.S. Civil Nuclear Energy cooperation,” it said without providing any details.

“Minister Puri emphasised that the revamped clean energy partnership will intensify the efforts from both sides to take advantage of the complementarities that exist between the U.S. and India – advanced the U.S. technologies and rapidly growing India’s energy market, for a win-win situation through a cleaner energy route with low carbon pathways,” it said.

After the revamp, there would be considerable emphasis on upscaling cooperation under the renewable energy pillar by working on several projects and system-friendly practices in India’s renewable energy sector.

“The U.S. Secretary lauded India’s renewable energy target of 450 GW by 2030 and offered to closely collaborate in realisation of this target by India,” the statement said.

“Both sides will strengthen the electric grid in India to support large-scale integration of renewables, including through smart grids, energy storage, flexible resources, and distributed energy resources, and ensure reliable and resilient grid operations, as well as promoting energy efficiency and conservation measures,” it added.

Also Read | Where are India-US relations headed in the Biden era?

The two sides also announced rechristening of Gas Task Force to India-U.S. Low Emissions Gas Task Force, which would continue to forge collaboration between the U.S. and Indian companies on innovative projects to support India’s vision of a gas-based economy.

The two sides also agreed to continue to develop better understandings on methane abatement under this Task Force.

Both sides have initiated institutionalisation of India Energy Modeling Forum with the constitution of Six Task Forces for carrying out research and modelling in different areas. Joint Committees have been set up to deliberate on Energy Data Management, Low Carbon Technologies and Just Transition in the Coal Sector.

Building on the success of the first phase, the two sides agreed to expand the scope of the work to include smart grid and grid storage as part of the second phase of the Partnership to Advance Clean Energy (PACE)-R initiative anchored on the Indian side by the Department of Science & Technology.

09/10/2021 India Comments Off on India, U.S. agree to collaborate on emerging fuels
India