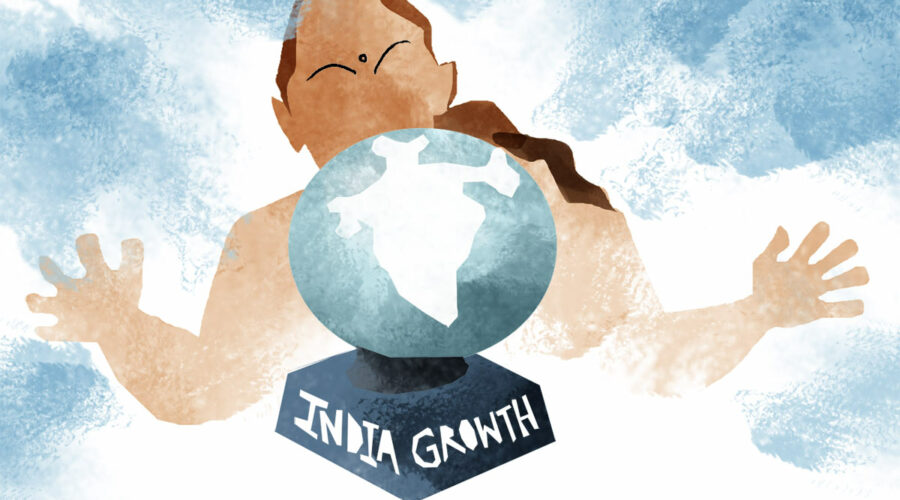 The demographic dividend, growing financial maturity, and the emergence of mass markets work in favour of India.

Bank of America (BofA) Securities expects India to be the third-largest economy in the world by 2031.

The economic rise could become a reality by 2028, but the Covid pandemic delayed the pace, BofA Securities economists Indranil Sen Gupta and Aastha Gudwani wrote in a report.

“This assumes an entirely realistic 6 per cent real growth, 5 per cent inflation and 2 per cent depreciation,” the researchers noted.

The demographic dividend, growing financial maturity, and the emergence of mass markets work in favour of India, they said.

There are two further catalysts that support structural change.

The RBI has effectively re-achieved adequacy of forex reserves after almost eight years, which should help stabilize the rupee by de-risking the Indian economy from global shocks.

“Further, sustained RBI easing is finally bringing down real lending rates that have been a drag on growth since 2016,” the researchers noted.

The financial sector should be the primary beneficiary of the India growth story, they said.

The upcoming development financial institution, the ‘bad bank’ will help solidify India’s position, but oil prices reaming at $100 per barrel would be a downside risk, BofA said.

According to the report, the dependency ratio would likely fall to about 41.2 per cent in 10 years from 44.2 per cent at present.

The Indian corporates, in turn, should be able to raise money abroad cheaper, the researchers said.

The observations come at a time when global rating agency S&P said should taper tantrum like event happens now, where the US Fed wants to slowly withdraw its bond purchase accommodation, there would be massive outflows from emerging markets.

In Asia, India and Philippines would be the worst affected in that case.

“Both economies have seen inflation rise in recent months.

“Real policy rates are below long-run average levels, eroding the return buffers. Capital may be quicker to leave and the central banks may have to by raising policy rates,” the rating agency said.

However, “one mitigating factor for both countries is that current accounts are stronger relative to normal levels,” S&P noted last week.

The US Federal Reserve subsequently clarified that it was not in a mood to withdraw its easy-money policy at least till the end of 2023.

Barclays India chief economist Rahul Bajoria wrote in a note on Monday that the recent surge in Covid infection would unlikely to hamper India’s growth much.

The disruption from rising infections might be limited, and risks to the growth outlook are balanced, for now, he said.

“If the current restrictions remain in place for two months, we estimate this will shave 0.17 percentage points from nominal GDP (gross domestic product) growth.

In the worst-case scenario, if the foreign institutional investors (FII) do decide to liquidate their bond holding in India and leave, it won’t affect the markets, wrote Phillip Capital.

That is because the regulators have imposed limits on FII investments in debt, and the utilization level is much on the lower side.

In G-Secs, the extent of FII holding is 1.6 per cent of the outstanding stock.

FII stake of outstanding corporate bonds is only 3.8 per cent.

“There are only a few countries all over the world with similar/higher government bond yields and similar/better fundamentals,” wrote Phillip Capital in a note on Monday.