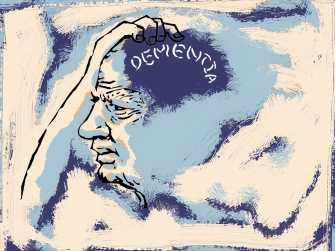 Between 1990 and 2019, Alzheimer’s-related deaths increased almost five times, data available on the Global Burden of Disease has found. Deaths due to Alzheimer’s in India were the highest in three decades in 2019, for when data is last available.

According to a 2021 Lancet study on the burden of neurological disorders in the states of India, Alzheimer’s and other dementias claimed 129,000 lives in the country in 2019.

Between 1990 and 2019, Alzheimer’s-related deaths increased almost five times, a Business Standard analysis of data available on the Global Burden of Disease has found.

The Business Standard analysis also found that the disability-adjusted life years — which are calculated by adding the deaths due to the disease and years lived with a disability — increased by more than four times due to Alzheimer’s between 1990 and 2019.

Alzheimer’s is a neurological disorder largely associated with advancing age. According to the Indian government’s population projections, by 2031, the country’s elderly population will touch 194 million.

A 2022 Lancet report estimates that globally, the population suffering from Alzheimer’s will triple by 2050 from 57 million in 2019. And in the same period, India’s Alzheimer’s patients are estimated to increase to 11.4 million.

Meanwhile, India’s expenditure on the National Mental Health Programme (NMHP) has been decreasing. (Alzheimer’s, the most common cause of dementia, is a progressive neurological disorder. According to the World Health Organisation’s Global Health Observatory, dementia treatment is part of the national plan on mental health in India.)

From Rs 113.5 crore in FY 2011-12, the expenditure on NMHP dropped by 81.9 per cent to Rs 20.46 crore in FY 2020-21. The government launched the NMHP in 1982 to close the gap between the burden of mental health illness in the country and the requirement for mental health infrastructure. NMHP functions on three main pillars: clinical treatment of patients, rehabilitation of patients and promotion of positive mental health.