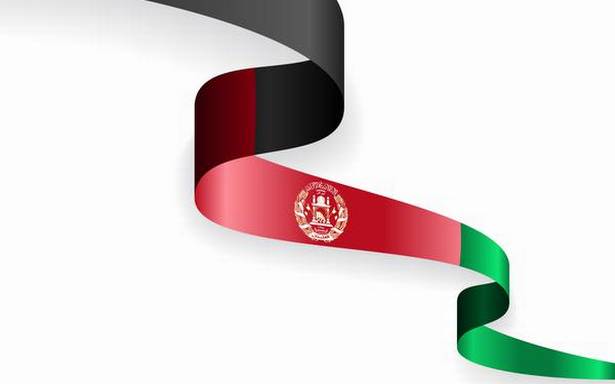 The time for hesitant, backchannel parleys is over and New Delhi has to begin ‘open talks’ as it is a strategic necessity

These developments indicate two things: New Delhi’s decision to partially “withdraw” from Afghanistan shows that betting only on the government in Kabul was a big mistake, and that New Delhi realises the threat Taliban poses to Indian assets and presence in Afghanistan. Either way, India’s Afghan policy is at a major crossroads; to safeguard its civilian assets there as well as to stay relevant in the unfolding ‘great game’ in and around Afghanistan, New Delhi must fundamentally reset its Afghanistan policy.

India must, in its own national interest, begin ‘open talks’ with the Taliban before it is too late. The time for hesitant, half-embarrassed backchannel parleys is over. However, when I say it is time to ‘openly’ talk to the Taliban, I do not mean according recognition to the Taliban. In any case, what is there to ‘recognise’ at this point as far as the Taliban is concerned? It is only one of the parties in Afghanistan — it is neither the Afghan government, nor a part of it. Not yet. But with over a third of Afghanistan’s more than 400 districts under Taliban control, the talk-to-the-Taliban-option is indeed the best of the many less than perfect options available to India.

To be fair, New Delhi has been steadily abandoning its puritanical policy towards the Taliban over the past few years. In late 2018, when Moscow organised a conference which had the Taliban, members of the Afghan High Peace Council, and other countries from the region in attendance, India sent a ‘non-official delegation’ of two retired diplomats to Moscow. Thereafter, in September last year, India’s External Affairs Minister S. Jaishankar joined the inaugural session of the intra-Afghan negotiations in Doha. Last month, reports indicated that India has started reaching out to the Taliban which was indirectly confirmed by the Ministry of External Affairs when it said “we are in touch with various stakeholders in pursuance of our long-term commitment towards development and reconstruction in Afghanistan”.

However, such half-hearted, half-embarrassed, ideologically-hesitant meandering outreach to the Taliban is hardly sufficient to safeguard Indian interests in a rapidly shifting Afghan geopolitical landscape. Open dialogue with the Taliban should no longer be a taboo; it is a strategic necessity. Therefore, our outreach must now be direct and unambiguous. But before I explain why I say so, let me briefly analyse New Delhi’s rationale for the indirect approach to the Taliban.

New Delhi’s rationale is not entirely erroneous. And yet, there are more compelling reasons why India should engage with the Taliban more proactively and openly. For one, whether we like it or not, the Taliban, one way or another, is going to be part of the political scheme of things in Afghanistan, and unlike in 1996, a large number of players in the international community are going to recognise/negotiate/do business with the Taliban. So, basic statecraft requires that we follow that route as well. Making peace with the fait accompli is not always a bad thing especially in the absence of better alternatives.

Third, even though the Taliban is widely considered to be propped up by Pakistan, it would be a mistake to think that the Taliban will continue to be Pakistan’s servile followers upon gaining power in Kabul. A worldly-wise and internationally-exposed Taliban 2.0 would develop its own agency and sovereign claims including perhaps calling into question the legitimacy of the Durand Line separating Pakistan and Afghanistan, something Pakistan was always concerned about. More so, contrary to what many analysts assume, a Taliban-dominated Afghanistan, next door to its Tehreek-e-Taliban Pakistan-infested tribal areas, may not really end up becoming a happy space for Pakistan. In other words, the Taliban would want to hedge their bets on how far to listen to Pakistan. That is precisely when New Delhi should engage the Taliban.

Four, India needs to court all parties in Afghanistan, including the Taliban, if it wants to ensure its security of its civilian assets there. It makes neither strategic nor economic sense to withdraw from Afghanistan after spending over $3 billion, something the Government seems to be prepared to do. Withdrawing from Afghanistan now because the Taliban is on the rise (and we do not want to have relations with them) will go on to highlight how weak our strategic resolve is.

Five, India’s outreach to the Taliban should have started years ago before the Taliban had many suitors as they do today. So, if India is not proactive in Afghanistan at least now, late as it is, Russia, Iran, Pakistan and China will emerge as the shapers of Afghanistan’s political and geopolitical destiny, which for sure will be detrimental to Indian interests there.

Finally, and perhaps most importantly, opening up the congested north-western frontier is key to bringing India’s continental grand strategy on an even keel, a process New Delhi has already started. Backchannel talks with Pakistan and a consequent ceasefire on the Line of Control, political dialogue with the mainstream Kashmiri leadership, secret parleys with Taliban all indicate that New Delhi is opening up its congested north-western frontier. Proactive engagement of the Taliban will provide this effort with more strategic heft.

How can India and other Asian countries help Afghanistan? | Worldview from Tashkent

Consider this. Except for the strategic foray into the Indo-Pacific, India today is strategically boxed in the region and it must break out of it. Afghanistan could provide, if not immediately, India with such a way out.

In the end, India’s engagement with the Taliban may or may not achieve much, but non-engagement will definitely hurt Indian interests. In an ideal world, the Taliban, given its bloody past, should not have been anywhere near governing Afghanistan, but it is neither an ideal situation nor is the Taliban stoppable from gaining power in Kabul. So New Delhi must exorcise the demons of IC-814 (the December 1999 hijacking) from its collective memory and engage with the Taliban 2.0 — there is no need to be secretive or embarrassed about it. And yet, open engagement of the Taliban is neither tolerating nor accepting the condemnable atrocities committed by the Taliban.

Happymon Jacob teaches at the Jawaharlal Nehru University, New Delhi and is the founder of the Council for Strategic and Defense Research