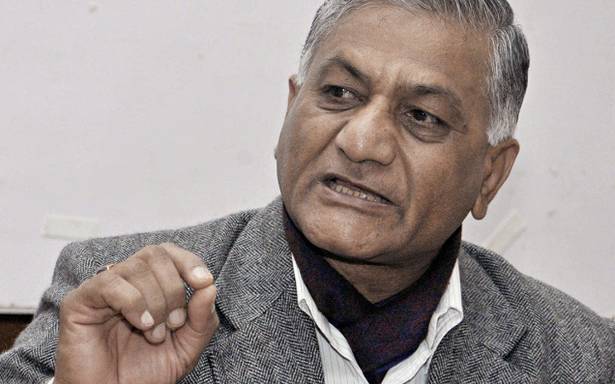 Over a period of time, China has been attempting to expand its area by taking advantage of its perception of the LAC…but the present government has ensured that this does not happen, the former Army General said

India has transgressed more times than China along the Line of Actual Control (LAC) and the government does not announce it, said Union Minister of State for Road Transport and Highways V. K. Singh on Sunday.

Speaking to the media in Madurai, the former Army General said the Chinese border has never been demarcated.

Over a period of time, China has been attempting to expand its area by taking advantage of its perception of the LAC. Its troops would make camp, stay, strengthen it and after negotiation, go back partially. “But, the present government has ensured that this does not happen,” he added.

Stating that China had transgressed in Eastern Ladak in 2020, Mr. Singh said that India had warned it with equal measures. “Today, China is under pressures, since we are sitting at places (along the border), where it does not like,” he said. China has realised that it was not easy any more to hit back at India. India has hit them economically by banning their apps and boycotting their goods. “All these affect them,” he added.

During negotiations, India has been firmly telling China to retract to the place it had been at in the past, Mr. Singh said. China is not allowed into areas which it thought was part of its perception of the border, he said.

Stating that things are very well under control in the border, Mr. Singh said, “Chinese do understand that, if something goes wrong, India is in a position to hit back.”