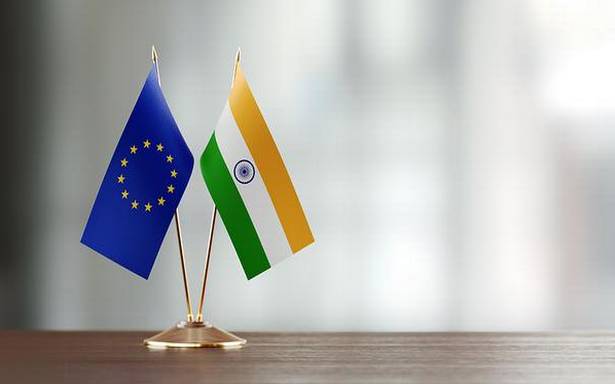 Various aspects of deepening clean energy cooperation were discussed at a meeting of the India-EU Energy Panel on December 1.

India and the European Union have vowed to scale up cooperation in areas of clean energy with a focus on offshore wind, green hydrogen and solar power besides deciding to encourage investments in the field of energy efficiency.

Various aspects of deepening clean energy cooperation were discussed at a meeting of the India-EU Energy Panel on December 1.

The Ministry of External Affairs (MEA) said the panel agreed on a detailed work programme until 2023 to implement clean energy and climate partnership that was agreed in 2016. Some of the areas identified for cooperation included ensuring nearly zero energy buildings and renewable energy sources, including solar and offshore wind.

At the meeting, the two sides also agreed to expand cooperation in areas of green hydrogen, grid integration, including smart grids, storage, power market design and sustainable financing for clean energy projects, according to the MEA.

The two sides agreed to jointly host an India-EU offshore wind business and investment summit in the first half of next year, with an exhibition of European and Indian companies.

They also decided to organise an India-EU high-level platform on smart grid replication, identifying possible opportunities and barriers for replicating and upscaling smart grid projects in India, the MEA said.

It said both sides will also host an India-EU Hydrogen Forum with a focus on exchanging best practices and policies on the role of hydrogen in energy systems.

The two sides also decided to host an India-EU Financing Investment in Clean Energy Platform, aiming at encouraging investment in the field of energy efficiency and renewable energy, the MEA said.

In a statement, the MEA said the EU also expressed its support for the close cooperation between India and the International Energy Agency and that the two sides also agreed to cooperate on clean energy under the framework of the G20.

The MEA said the panel welcomed the fact that more and more EU member states are joining the International Solar Alliance (ISA).

“The EU recently funded an approximately one million Euro project, with an aim to further strengthen the engagement of EU, its member states, and its academic, business and financial communities with the International Solar Alliance,” it said.

The panel agreed to explore further avenues to strengthen India-EU cooperation within the context of the International Solar Alliance.

“In this respect, India underlined the importance of ISA’s One Sun One World One Grid Initiative,” it said.

The meeting of the energy panel was co-chaired by Reenat Sandhu, Secretary (West) in the MEA and Mechthild Wörsdörfer, Deputy Director-General for Energy, European Commission.