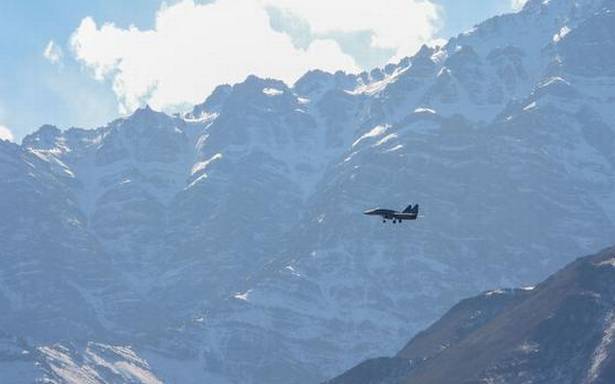 India and China are scheduled to hold the 9th round of Corps Commander talks on Sunday after a long delay in the senior military-level talks to work out a phased disengagement and de-escalation along the disputed border in Eastern Ladakh.

The talks will be held on the Chinese side at Moldo opposite Chushul, a defence source said. Like the earlier round, the Indian side will be led by Lt. Gen. PGK Menon, 14 Corps Commander.

Last November, officials had said both sides are close to finalising a phased withdrawal plan of troops and equipment but there was no progress since in concluding it. With no breakthrough in several rounds of military and diplomatic level talks, both sides have dug in for the harsh winter in the high-altitude region. The Indian stand continues to be complete disengagement and de-escalation along the entire Eastern ladakh.

After the 6th round on September 21, both sides for the first time issued a joint statement in which they agreed to “stop sending more troops to the frontline” and “refrain from unilaterally changing the situation on the ground”. There has been no progress towards resolution in the subsequent rounds.

Early this month, Army Chief Gen. Manoj Naravane said the forces are ready to hold the ground for as long as it takes along the Line of Actual Control (LAC) to achieve “national objectives”. He had also downplayed reports of Chinese troop withdrawal from the training areas in the depth which he said were 500-1500 km away from the border and one should not lay “too much significance” on these comings and goings.

With the long-term view, the Army is also reorganising some of its strike elements from the western border to the northern border for increased deployment along the LAC.

01/23/2021 India Comments Off on India, China to hold 9th round of Corps Commander talks on Sunday
TV & Movies