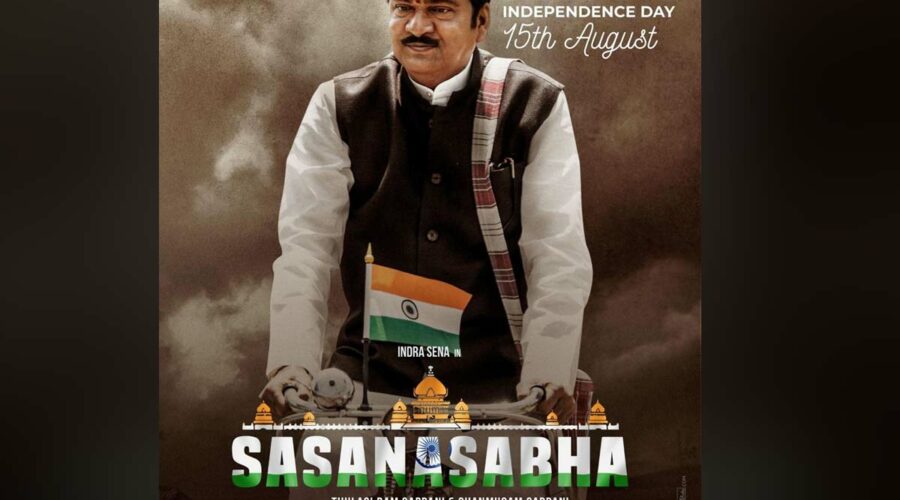 Veteran actor Rajendra Prasad is going to be seen in an upcoming political movie Saasanasabha. Today on the occasion of Independence day, the makers of the film have released the first look poster of the central character Rajendra Prasad. The film is touted as a pan-India movie.

The film is directed by Venu Mandikanti and produced by Tulasi Ram Sappani and Shanmugam Sappani. The movie’s theme will ne apt for present day and will give an important message to society. Ravi Basrur composed the music tracks.

Aishwarya Raj Bhakuni is the leading lady in the movie. Prudhvi Raj, Sonia Agarwal are the supporting characters and Hebba Patel will mesmerize the audience with her special performance. The makers will soon reveal the film’s remaining details.