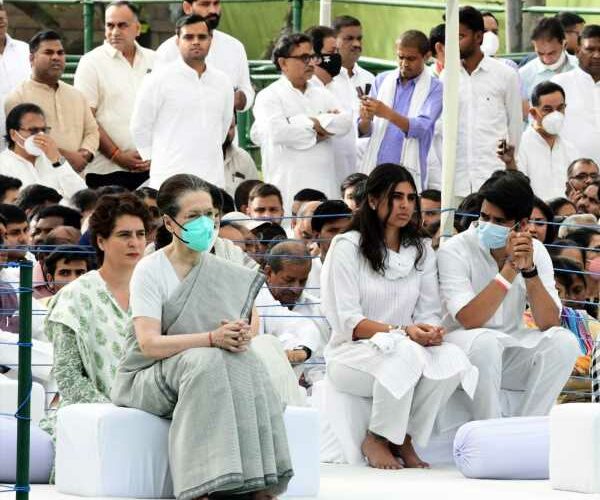 “If the party wants to have a fighting chance, both senior and younger leaders along with the cadre must sit down and first believe in themselves that they can do it.”

“This has to be followed by a unity of voice so that the message is repeated downwards till the last man or woman on the ground,” says Dr Shilp Shikha Singh, assistant professor at the Lucknow-based Giri Institute of Development Studies whose research is focussed on marginalities and governance, trends of protests and public action.

“This is what they should learn from the BJP. What Modi says is repeated million times by each and every BJP leader, nobody contradicts it, and then it goes to the public,” Dr Singh tells Rediff.com‘s Archana Masih as she discusses the measures taken by the Congress for a revival at the Udaipur chintan shivir and the course correction the party requires if it wants to remain relevant.

There are several ideas emanating from Congress leaders and workers. There’s a realisation in the party about its weaknesses and where they are faltering.

Congress leaders know the problems and political challenges, but there are differences on what the party needs to do.

Firstly, they need to recognise and highlight the basic problems endangering the Congress that is responsible for its decline.

There are two fundamental problems with the Congress.

First, the Congress doesn’t have a base vote of its own. The BJP has upper castes as its base vote. Regional parties like SP, BSP, RJD have particular castes as their core base.

Even when these parties perform badly, for example, this vote base does not desert them. Some of their voters may flirt with a dominant party like the BJP, but a section is very likely to return to thinking that they don’t have much to gain in another party.

The Congress doesn’t have a committed base of its own because the politics of the Congress is fundamentally different. Its voters were coming from across castes, classes and were spread throughout the country.

Identity politics posed the first challenge to the Congress, followed by Hindutva politics. The party did not have any solution and has been unable to overpower these challenges.

Secondly, today’s politics is the politics of narratives. The BJP has constantly blamed the Congress for the wrongs in India because the latter was in power for so long.

The Congress is unable to respond to that narrative in spite of some good proposals like in their recent UP election manifesto regarding the youth, giving tickets to women, etc. These were powerful ideas, but the party couldn’t reap its benefits.

If the ideas were powerful, why couldn’t it help the party? The Congress seems completely out of touch with the people as it continues to lose elections and is seeing an ongoing exit of leaders?

If these good ideas were coming from BJP or any other party, it would have reaped some benefit, even if not in terms of seats, at least in terms of vote share, but it didn’t work for Congress.

It’s not that the Congress is unaware of the problems. They have ideas, but nothing seems to work on ground.

There is also a serious image problem. People are not ready to believe the Congress and have lost faith in the party. Part of this blame goes to the successful mobilisation by the BJP wherein the Congress is blamed for anything that goes wrong in the country.

The BJP has nailed it into the people’s psyche that the Congress has no solutions for their problems and nothing can be expected from the party.

Therefore, the Congress is unable to convince people even if they come up with a good policy like the Nyay Yojana. The party’s connect with the people is broken. This is something that was discussed in the chintan shivir.

The party is planning to go back to the people and embark on a Kashmir to Kanyakumari Bharat Jodo Yatra. How likely is it to help the party? Is that enough to regain people’s lost confidence?

Even if the Congress goes back to the people, what would the party take on its plate for the people?

No matter how good or how beautiful that plate is, the problem is that people have stopped believing the Congress.

What dream will the Congress sell in the market?

The BJP, meanwhile, succeeds because it sells beautiful dreams. Even if it is unable to fulfil the dream it sold in the last election, it will come up with a new dream for the next election — and people start looking forward to the new dream and forget the old.

Hence, there are serious, ethical and moral dilemmas confronting the Congress. The BJP doesn’t have such issues because it works on majoritarianism and religion which has mass effect. It has a specific dream and agenda for which the RSS has been working on the ground for many, many, years.

As time demands and since they are in power, the BJP only moderates this agenda to suits its purpose. 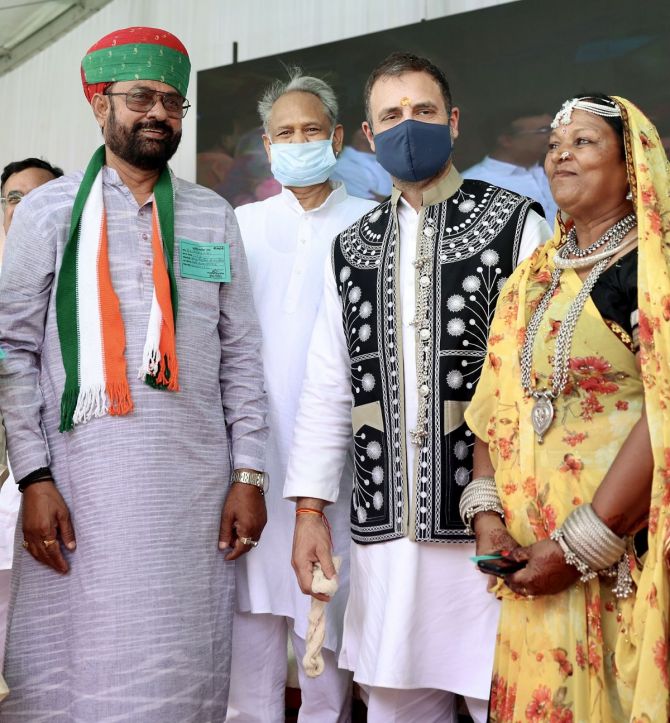 If the Congress realises its failings, what must it do before the next general election to remain in the reckoning?

The other problem with the Congress is the weakness of its organisation.

In the Congress, every leader is a shehenshah.

Whatever Rahul, Priyanka or the top leaders say remains with that leader. It never goes down to the lowest worker of the party, forget about the public.

The Congress has realised this and is planning for a yatra in every district.

There are some senior party members who have seen power for 10 years, 20 years, 40 years, 50 years in successive Congress governments. They are the kings — they have experienced what it is to be in power and have fulfilled all their dreams.

If the party wants to have a fighting chance, both senior and younger leaders along with the cadre must sit down and first believe in themselves that they can do it.

This has to be followed by a unity of voice so that the message is repeated downwards till the last man or woman on the ground.

This is what they should learn from the BJP. What Modi says is repeated million times by each and every BJP leader, nobody contradicts it, and then it goes to the public.

If the Congress spoke in one voice and wanted to deliver a message to the last man or woman on the ground, in your opinion, what message should that be?

The party needs to spread awareness and seriously enumerate their achievements when they were in power for decades. How they built national resources, established food security, green revolution, industrialisation, liberalisation etc. They should rather focus on the positives.

There seems to be a dilemma in the Congress about the ideological stand it must take on various issues thrown up by the BJP.

Usually, the Congress gets caught into the plot prepared by BJP and they selectively start responding to it.

When you only respond to the plot, you will always be in the weaker position. You will never be able to overpower them.

The Congress will be able to get out of that plot only when they have an alternate in terms development and principles. They should focus on Constitutional principles and organise charchas and rallies in nooks and corners to educate people about constitutional values.

This will also limit the attack against them. If you say you are fighting for the Constitution, no one can blame you for that. There are already many activists working on the ground about safeguarding the Constitution. 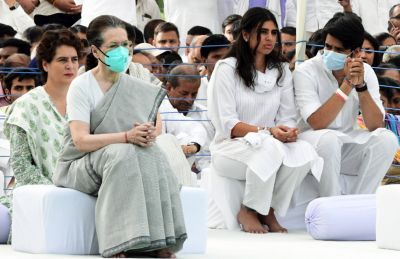