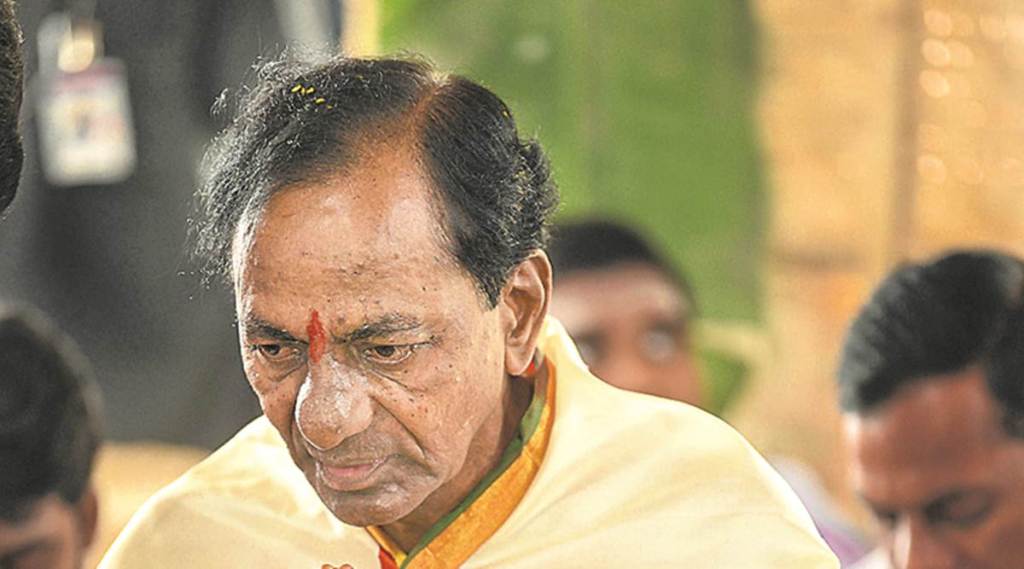 Telangana Lok Sabha Election Results 2019: The Bharatiya Janata Party seems to have made inroads into India’s youngest state Telangana. With a clean sweep across India, the saffron party is leading in four of 17 seats in the state.

The ruling Telangana Rashtra Samiti (TRS), which secured a landslide win with 88 seats in the Assembly polls held in December, was confident of securing 16 seats in the parliamentary polls. However, the KCR-led party is leading in nine seats and its ally. All India Majlis-E-Ittehadul Muslimeen (AIMIM), in one seat. The Congress is ahead in three seats.

The results have dashed the hopes of Chief Minister K Chandrasekhar Rao, who was trying to cobble a Third Front in the elections and play a larger national role.

The saffron party is leading in Adilabad, Karimnagar, Secunderabad, and Nizamabad, where KCR’s daughter and sitting MP K Kavitha is seeking re-election. Over 170 farmers had also jumped in the political race in Nizamabad to highlight their pleas and demands.

The TRS, meanwhile, is leading in Adilabad, Khammam, Mahabubabad, Mahbubnagar, Medak, Nagarkurnool, Peddapalle, Warangal and Zahirabad. TRS alliance partner AIMIM is leading in its traditional home turf Hyderabad, with Asaduddin Owaisi racing ahead by a margin of over two lakh votes. AIMIM is also leading in Maharashtra’s Aurangabad. If it does manage to win that seat, it would be its first Lok Sabha victory outside Telangana.

Congress’s prominent face and former minister, Renuka Chowdhry is trailing in Khammam. TRS’s Nageswar Rao is ahead in the seat by a huge margin.

In the 2014 election results, the TRS had bagged 11 seats while the Congress won two; TDP, YSR Congress, BJP and MIM got one each.