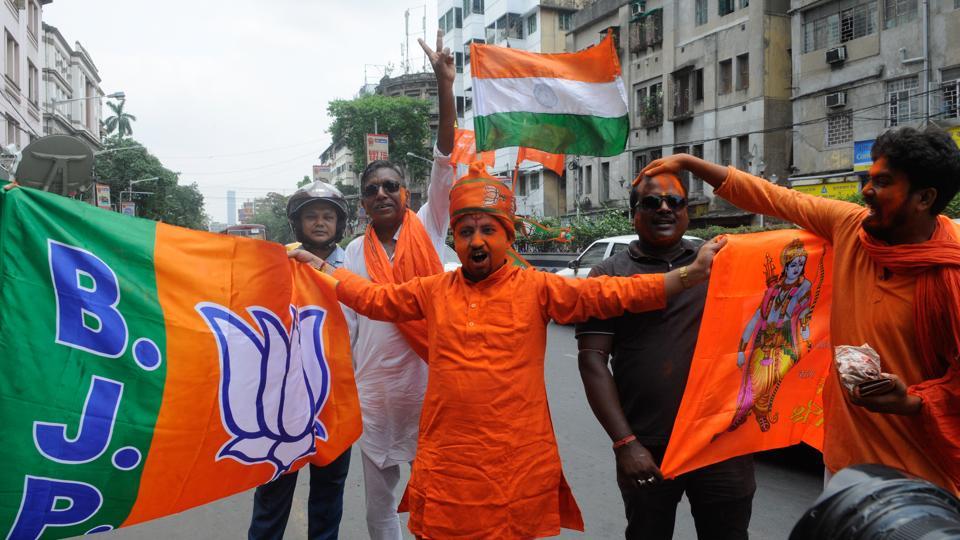 A BJP candidate who contested the assembly election escaped unhurt along with his family members after unidentified miscreants hurled bombs at his house in Pipili area of Puri district last night.

BJP’s candidate for Pipili assembly constituency, Ashrit Pattanayak was at his residence in Kamakantia village of Puri district when an unidentified man hurled bombs at his main door. The main gate of the house as well as a portion of the door was damaged in the incident, officials said. Neither Pattanayak nor his family members were hurt in the attack.

According to eyewitnesses, two youths were standing in front of Pattanayak’s house at 11.30 pm. When local people saw them moving around suspiciously, they enquired about them. The two young men left the place, but 20 minutes later, one of them came back and hurled two country-made bombs at the BJP candidate’s house.

Balanga police station inspector Sushant Sahoo said a case has been lodged in this regard and efforts are on to identify the accused. “We have deployed police personnel at the house of the BJP candidate for security purpose,” Sahoo said.

Pattanayak, a businessman, unsuccessfully contested from Pipili Assembly constituency in the 2019 polls, losing to BJD’s Pradeep Maharathy by a margin of 15,787 votes.

Incidentally, Maharathy was arrested on April 22 after he led an attack on an executive magistrate of a flying squad of the Election Commission during the raid on his farmhouse in Pipili. Executive magistrate Rabi Narayan Patra and his team of 15 people were attacked and chased away from Maharathy’s farmhouse in Pipili when money and liquor were allegedly being distributed among his people for further distribution among voters in contravention of EC orders. Maharathy could not vote on May 23 as he spent a few days in jail.

Police officials suspect that the attack on Pattanayak’s home had a political motive. “A few minutes before the attack, firecrackers were being exploded near the house of a local sarpanch to celebrate the victory of the BJD candidate. Soon after, bombs were hurled at the BJD candidate’s home. Hurling the bomb seems to have been done to strike fear among political adversaries,” said an official.

There have been several incidents of pre-poll violence in Odisha in 2019 polls. Last month BJP’s Khurda Mandal president Manguli Jena was shot dead outside the party office in Khurda town. A 32-year-old BJP leader in Ganjam too was allegedly beaten to death by his BJD rivals just before polling started for the first phase.