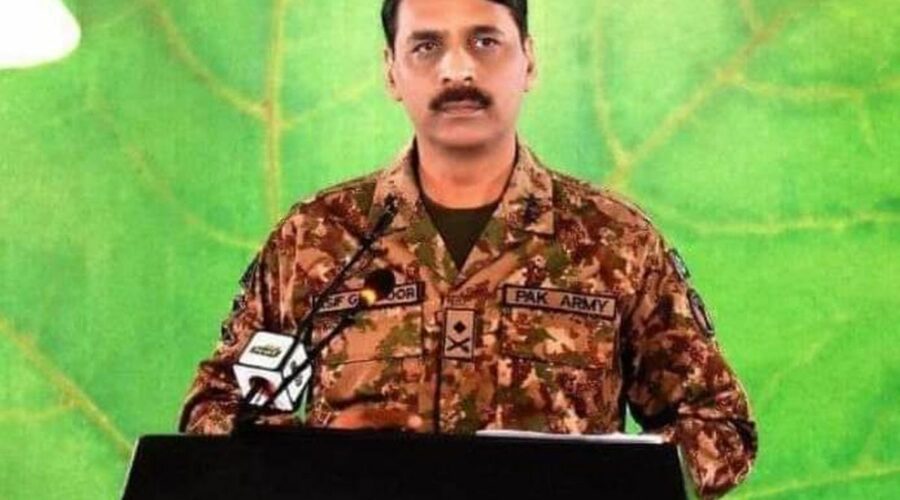 as journalists active in Pakistani media have been quick to point out, with Ghafoor at the helm in Balochistan, no one will take seriously any claims by the civilian leadership to use the velvet glove to work for peace there, points out Rana Banerji, who headed the Pakistan desk at the Research and Analysis Wing, India’s external intelligence agency.

The late Sarfraz Ali belonged to the Azad Kashmir regiment.

He had been commissioned in the 79th Pakistan Military Academy Long Course in March 1989.

Apparently, he was the only Sindhi currently serving as lieutenant general.

Among the brigadiers killed were Brig Amjad Hanif of the Coast Guards, who had just been promoted as major general on July 22.

The helicopter being used belonged to the Army Aviation squadron and was most likely an Mi-17 aircraft.

According to preliminary investigations, the Inter Services Public Relations (ISPR) indicated that the helicopter crash occurred due to bad weather, after incessant rains and flooding in the area.

Though a Baloch rebel outfit, BRAS — the Baloch Raaji Aajoi Sangar — has claimed downing it with a shoulder-fired missile, this claim is unlikely to be borne out by evidence on the ground so far.

Asif Ghafoor belongs to the regiment of artillery.

He was picked up by Gen Bajwa from the relative obscurity of an assignment in Khyber Pakhtunkhwa in December 2016 and appointed director general of ISPR, in place of Lt Gen Asim Bajwa, albeit in the rank of major general.

At that juncture, soon after Bajwa had taken over as Army chief, his aim seemed to be to undo and reverse his predecessor Gen Raheel Sharif’s rather unusual elevation of Asim Bajwa to lieutenant general rank in the ISPR post.

The latter had left no stone unturned to lobby for an extension of Raheel Sharif’s tenure.

The reduction in rank of the ISPR in-charge conformed to past military convention.

It is another matter that Asim Bajwa, who was banished to a less high profile assignment at Army Headquarters, albeit briefly, endeared himself to the new chief too and bagged the XII Corps assignment, before being discredited by the ‘pizza scandal’ involving his family members in USA.

The ISPR is supposed to operate as a unified public relations system for the Pakistan’s military, which combines personnel from the army, air force, navy, and marines.

It is tasked with managing the public relations requirement of the armed forces, and is staffed with combined personnel of the military along with civilian officers.

It functions at the Joint Staff Headquarters (JS HQ) and plays an important role in gathering support for the armed forces at the public level.

One of the tasks specifically assigned to the ISPR was the annual observance Yuam-e-Shuhada (YeS) function (April 30), which was different from the older Yuam-e-Difa (YeD) commemoration (October 6).

Members of martyr families, especially women (mothers of ‘shuhada‘) appeared on the dais at such functions.

ISPR officers carefully monitored their preparation during rehearsals, ‘to show just the right emotion and some acting’, while skillfully managing camera work to determine what was allowed to be shown from the stage.

Though Asim Bajwa had already heightened the ISPR’s profile, Asif Ghafoor took the task of highlighting the Army’s ‘fifth generation communication warfare’ role rather too seriously, antagonising in the process many respected Pakistani journalists of the print and electronic media, as also recruiting a host of loyal social media ‘trollers’.

Ghafoor did not tolerate any dissent being voiced on social media.

Their families raised a hue and cry after which they reappeared, but only after three weeks.

Thereafter, these families pleaded to be left alone in their private trauma; Aasim Saeed, who worked in Singapore, had gone to Pakistan for his brother’s wedding.

He talked to BBC only much later, in October 2017; They were accused of functioning as the ‘Cyber Force of Pakistan’ — allegedly funded by India!

She was briefly arrested in October 2018; In September, 2019 she surfaced in USA and claimed to have escaped despite being on the Exit Control List (possibly moved by land route to Afghanistan, then flew to Sri Lanka and from there to USA).

Ghafoor ran a Twitter account, ironically labelled ‘@peace for change’, where he opined on all manner of subjects, some not pertaining to the Pakistan army or perhaps exceeding his brief! He did not hesitate to pejorate developments in India at the slightest opportunity. 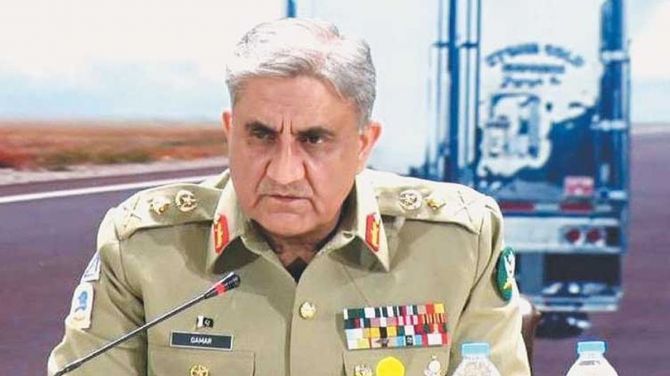 By this time, Ghafoor had become quite ambitious and senior, having reached the top bracket of two-star generals sweating for promotion as lieutenant general.

However, in a January 2020 reshuffle, Bajwa pulled him down a notch or two, by posting him as General Officer Commanding, 40 Division, Okara, under 2 Corps, Multan, indicating thereby that he would have to cool his heels temporarily in a comparative backwater assignment and conform to the convention of doing a Division Command before picking up his three-star rank.

Before he joined at Okara, Ghafoor’s car was involved in a major accident just before he was proceeding for Umrah with his family. Providentially, he escaped with minor injuries.

The Okara charge proved to be a temporary banishment, as he was promoted in November 2020 and appointed Inspector General, Communication & Information Technology at General Headquarters, from where he now proceeds to Quetta.

During the recent controversy after Imran Khan’s ouster as prime minister, when social media trolling indicated unusual support for him among retired servicemen and their families, including even senior generals, there were rumours about Asif Ghafoor having become somewhat restive and siding with Lt Gen Faiz Hameed, presently XI Corps Commander, Peshawar, and still not out of the race for the top slot, in the politicking which was reported to be going on within the Army.

That he now gets the challenging XII Corps assignment would seem to suggest that either there may not have been much substance in these rumours or that a beleaguered Bajwa, at the fag end of his tenure, has moved to quickly appease an ambitious three-star officer.

In any case, Gen Bajwa will get one more opportunity to satiate disgruntled lieutenant generals before he retires (if he does, on November 29, 2022) when six lieutenant generals retire at the end of September 2022, including two Corps Commanders — those from Mangla and Lahore — as well as the Quartermaster General and the DG of the Strategic Forces Command.

As of now, in Pakistani parlance, it may be said that Allah has smiled upon Asif Ghafoor.

However, as journalists active in Pakistani media have been quick to point out, with Ghafoor at the helm in Balochistan, no one will take seriously any claims by the civilian leadership to use the velvet glove to work for peace there.