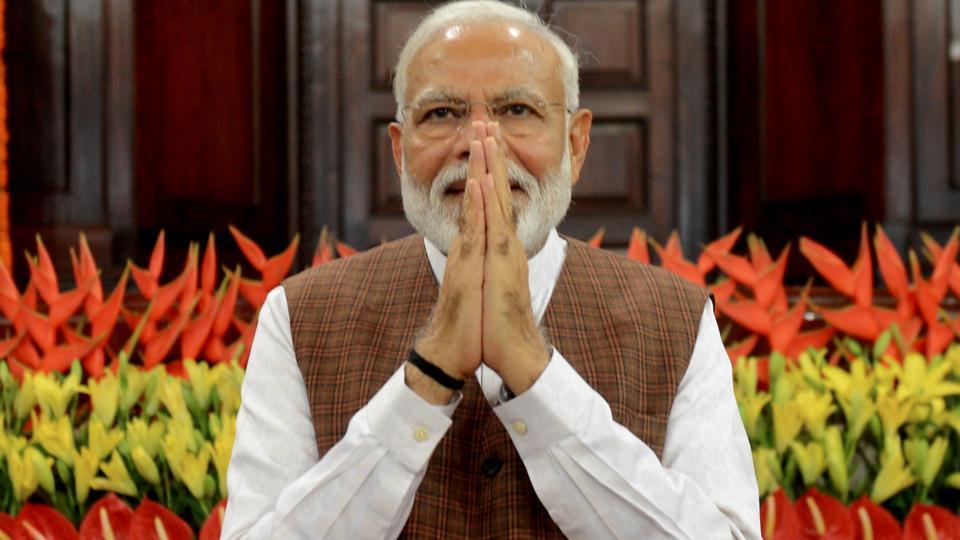 In his acceptance speech after being named leader of the BJP-led NDA, Prime Minister Narendra Modi called upon the alliance’s newly-elected lawmakers to pierce the ‘imaginary fear’ in the mind of minorities, who, like the poor had been deceived by parties for years. “We have to win their trust,” PM Modi said.

“Minorities have been made to live in fear by those who believe in vote-bank politics… We have to end this deception and take everyone along,” PM Modi said in a 75-minute speech at Parliament’s central hall where he was elected leader of the NDA. The criticism was seen to be directed at the Congress and other parties but this may be the first time that he appeared to acknowledge that there was a perceived gap.

PM Modi went a step further and also tweaked his ‘development for all’ slogan to incorporate this new element in his government’s philosophy.

“Sabka Saath, Sabka Vikas and now, Sabka Vishwas is our mantra,” PM Modi said in his speech where he shared his perspective of the jumbo mandate for the national coalition, gave first-time lawmakers a long list of things they should be guard against and outlined his vision for the alliance and the government.

He also invoked the spirit of 1857 struggle for freedom, saying all communities had then joined hands for independence and a similar movement should be started for good governance now. “We stand for those who trusted us and also for those whose trust we have to win over,” he said.

There was a pro-incumbency sentiment in this election and its result was a positive mandate, he said, adding that there is no better path than serving people when in power.

To the alliance’s newly-elected lawmakers, PM Modi told them to always remember that they had been elected by the poor, advised them to steer clear of powerbrokers who will reach out to help them find their way around in the national capital and the VIP culture. Get yourself frisked at the airports, he said.

“The 2019 polls have ensured unity among all social groups. This election has broken down walls. There was a strong pro-incumbency wave all over the country and pro-incumbency is always linked to trust in the existing government. This election was one which indicated only positive votes,” he said.