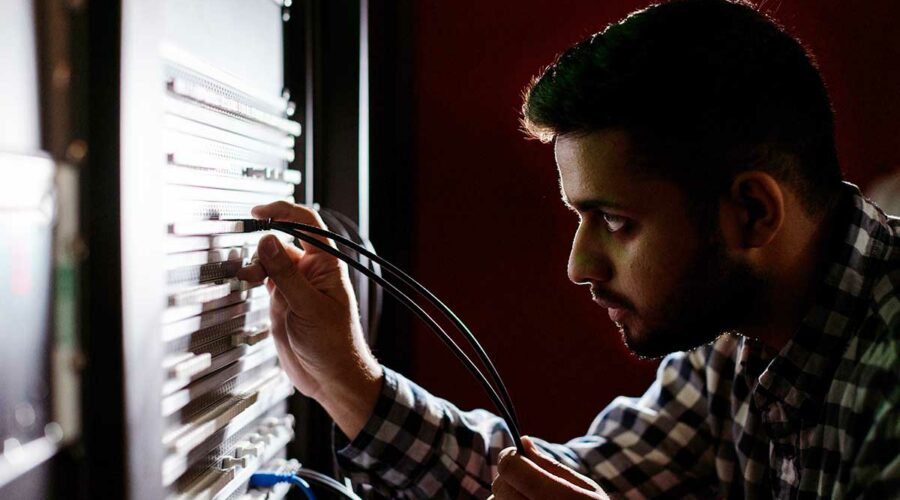 With Western corporations, including Microsoft, AWS and Oracle, shutting down their operations in Russia, the rest of the world has become acutely aware of its dependence on a clutch of technology service providers.

Who controls the internet?

In the situation of a conflict, can global organisations shut down root servers and cut off India from the internet?

Dependence on national capabilities in an interconnected world has triggered deep debate globally. For countries like India, questions about dependence on global networks have become a priority.

With Western corporations, including Microsoft, AWS and Oracle, shutting down their operations in Russia, the rest of the world has become acutely aware of its dependence on a clutch of technology service providers.

Most of the world’s industry depends heavily on cloud computing systems where servers are owned and managed by a few Western companies.

Another effort made to isolate Russia received lesser attention.

Ukraine demanded that Russia be disconnected from the internet. Ukraine asked ICANN, the global organisation which manages the top-level domains of the internet, to disconnect all Russian sites.

Specifically, Ukraine demanded that the “.ru”, “.p” and “.su” domain be cancelled and root servers in St Petersburg and Moscow be shut down.

Root servers are at the core of the global internet system. These are a network of hundreds of servers on which the domain names are hosted.

While they are located in several countries, the root servers are controlled by 13 designated entities, including ICANN; RIPE NCC; Verisign; NASA; the US Department of Defence; the US Army; the University of Maryland; and the Sweden-based internet exchange Netnod.

Effectively, the root servers which run the world’s internet are controlled by Western entities.

SWIFT is a global body but since it is based in Belgium, it had to follow the European Union’s sanctions against Russia and cut it off from its network.

The apprehension that the Western powers may also weaponise the internet system as part of economic sanctions in times of conflict has heightened during the Russia-Ukraine conflict.

China and Russia had anticipated such a situation and have been taking steps to protect their interests.

In 2021, Russia tried an experiment to test its networks by disconnecting with the global internet.

The internet in Russia, or Runet, was tested to assess whether it can survive in case it is disconnected from the rest of the world by Western agencies.

Weaponising of economic and technological platforms is a reality that most countries have to deal with. So far, the root servers remain insulated from geopolitical turbulence.

ICANN refused to consider the demand by Ukraine against Russia by saying, “We maintain neutrality and act in support of the global Internet. Our mission does not extend to taking punitive actions, issuing sanctions, or restricting access against segments of the Internet — regardless of the provocations.”

Even Europe’s RIPE NCC did not accept Ukraine’s demand and said in its statement, “The Executive Board of the RIPE NCC believes that the means to communicate should not be affected by domestic political disputes, international conflicts or war. This includes the provision of correctly registered Internet numbering resources.”

Despite the respite, the apprehensions remain. If SWIFT gave in, weaponising of root servers is not unimaginable.

*Kindly note the image has been posted only for representational purposes.