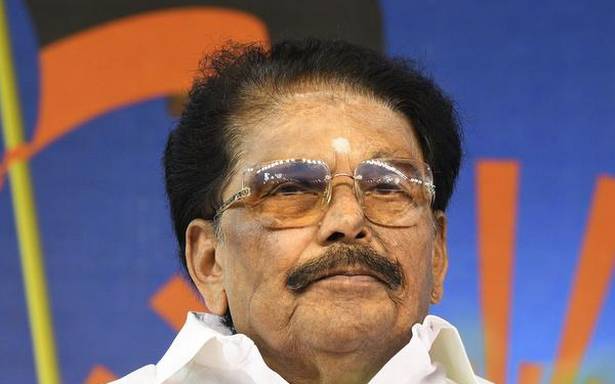 The victories of two former State Ministers, K.K.S.S.R. Ramachandran and Thangam Thennarasu of Dravida Munnetra Kazhagam are significant in their own unique ways.

While Mr. Ramachandran gets the distinction of having won Assembly elections for ninth time, Mr. Thennarasu has won with one of the biggest margins of over 60,000 votes.

Mr. Ramachandran defeated former State Minister, Vaigaichelvan of AIADMK with a margin of 39,034 votes. While Mr. Ramachandran got 91,040 votes his close rival got 52,006 votes.

Mr. Ramachandran has achieved this feat in 11 attempts, a rare record for any candidate from southern districts. The veteran leader had won six times from Sattur Assembly seat out of seven times he had contested since 1977. Once, he got elected from Vilathikulam in 1989 on AIADMK (Jayalalithaa faction).

Mr. Thangam Thennarasu has made a hat-trick in Tiruchuli Assembly election with one of the biggest margins of votes in the State. On both the previous occasions he had garnered more than 50% votes. This time, he has polled 1,02,225 votes and won with a margin 60,992 votes. He defeated AIADMK candidate, S. Rajasekar who had garnered only 41,223 votes.

He has become MLA for fifth time. Before winning from Aruppukottai Assembly constituency in 2001 general election, he had also won the by-election necessitated by the death of his father, V. Thangapandian, from the same constituency.

Mr. Thennarasu was the School Education Minister in DMK regime under Karunanidhi.