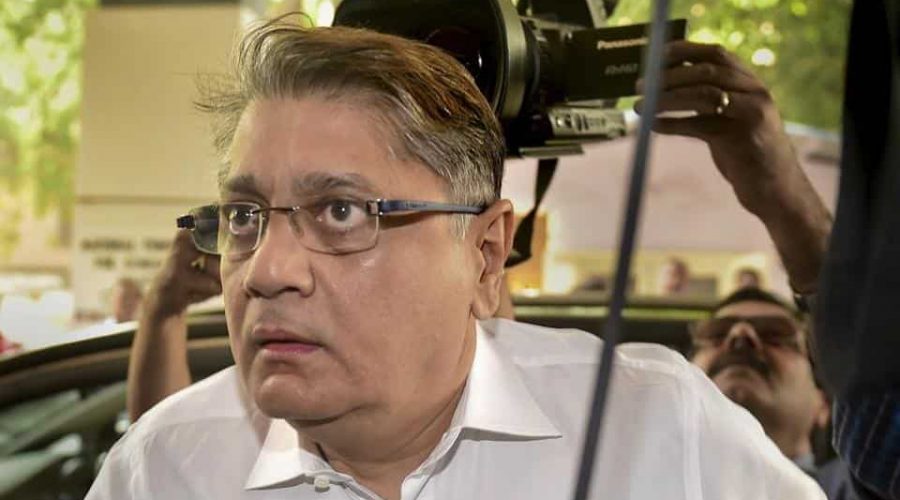 Deepak Kochhar was arrested on charges of money laundering by ED on September 7. He was later remanded to ED custody till September 19. But he had tested positive for Covid-19 on September 14 so his ED custody was suspended and he was sent to judicial custody instead and treated at a hospital.

On Tuesday, Deepak Kochhar was discharged from the hospital and produced before the special PMLA court, where ED sought his custody for interrogation. The plea was opposed by Deepak Kochhar’s lawyer Vijay Aggrawal. Besides, Chanda Kochhar submitted that Deepak Kochhar was too weak to be in ED custody.

The court, after hearing both sides, held that the investigating agency should get a fair chance. The court said that it would not grant more days to ED, but would consider that the agency was granted custody of Deepak till September 19 which had to be suspended. Hence the court remanded him to ED custody till October 17.

The ED started a probe into money laundering after the Central Bureau of Investigation (CBI) registered a case of corruption against the Kochhar couple. CBI had initiated an inquiry in 2017 against the couple, after allegations surfaced that ICICI had sanctioned a credit facility of about Rs 3,250 crores to various entities in contravention to the rules and policies.

In its FIR registered in January last year, CBI alleged that six high-value loans worth Rs 1,875 crore were given by ICICI Bank to Videocon group companies between 2009 and 2011. It was alleged that in 2009, a credit facility to Videocon was extended in contravention of rules and policies by the sanction committee. At that time Chanda Kochhar was one of the members of the sanction committee.

The ED which investigated the allegations, said that VIL transferred the money to NuPower Renewables Pvt Ltd (NRL) through Supreme Energy Private Limited (SEPL), which was later acquired by Pinnacle Energy, a family trust of Deepak Kochhar’s. The agency also claimed that NRL was owned, controlled and managed by Deepak Kochhar.

“The loan funds travelled from VIL to NRL through SEPL, but two intermediary companies were brought in for purpose of layering. The proceeds, Rs 64 crore, received by NRL were utilised for the purchase of properties,” ED claimed in its remand application while seeking Deepak Kochhar’s custody in September.

Further, the agency claimed, “A residential property, an apartment at CCI Chambers was purchased for Rs 5.25 crore on February 19, 1996 by Credential Finance Limited (CFL) (A company in which Videocon Group had substantial interest along with Deepak and Chanda Kochhar and their family). CFL defaulted in repayment of the loan of Rs 4.7 crore availed from SBI (for which the said apartment was placed as security). Videocon paid off the dues in 2009, the ownership of the apartment was transferred to M/s Quality Appliances Pvt Ltd (QAPL), now known as M/s Quality Techno Advisors Pvt Ltd (QTAPL), a Videocon group company) from CFL. On November 26, 2016, total shareholding of QTAPL was acquired by Quality advisors (a family trust of Deepak Kochhar’s set up by Chanda Kochhar’s mother) for a nominal consideration of Rs 11 lakh.”