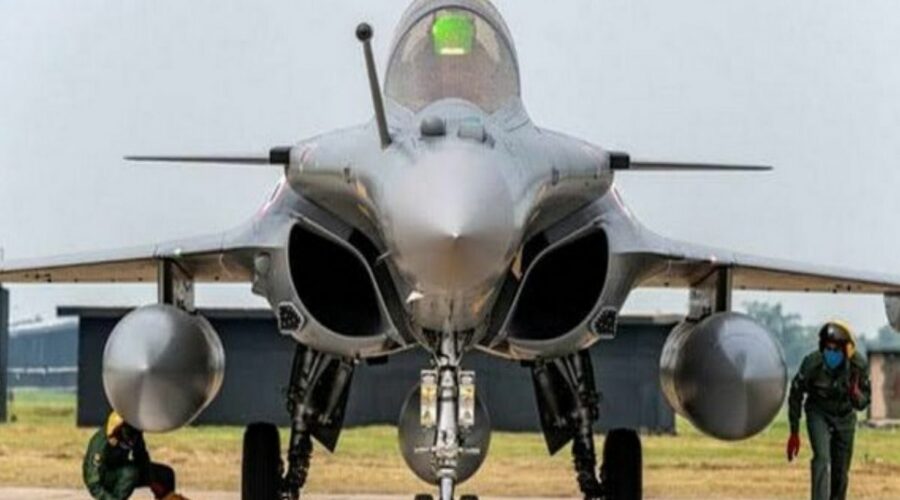 Having already received around 30 Rafale combat aircraft from France, the Indian Air Force would start upgrading its fleet of French-origin fighters from January 2022, with India-specific enhancements.

“A high-level team of Indian Air Force officers is in France to evaluate the performance of the testbed aircraft with tail number RB-008 at the Istres airbase there. The aircraft has been equipped with all the India specific enhancements agreed upon between the two sides in the 2016 contract,” government sources told ANI in New Delhi.

Once the enhancements are approved and accepted by the IAF, the upgrade is planned to be started from January next year onwards making the Indian planes more capable, they said.

The India-specific enhancements would include integration of highly capable missiles, low band jammers and satellite communication systems as per Indian requirements. India has already received around 30 of these planes and three more of them would be arriving in the country on December 7-8.

As per the contract schedule, sources in the air force said kits would be brought to India from France and every month, and three to four Indian Rafales would be upgraded to the ISE standards.

The last aircraft to arrive in India from France would be the RB-008 named after the former air force chief Air Chief Marshal RKS Bhadauria (retd) who played a crucial role as the deputy chief to sign the contract worth over Rs 60,000 crore with France under a government to government deal with France.

The upgrade of the aircraft would be carried out at the Ambala air force station which is the first base of the plane in the country.

The IAF has also started the training of its pilots on the aircraft within the country itself after training its personnel in France.

Once inducted fully, the fleet would have eight twin-seater trainer planes with tail numbers in the RB series while 28 single-seaters with BS tail number series.

The BS tail numbers are in honour of the former air force chief Air Chief Marshal BS Dhanoa who retired in 2019 after leading the Balakot airstrikes of February 26 2019. India is now planning to go ahead with the

case for acquiring 114 multirole fighter aircraft for which a case is to be moved to the defence ministry by the IAF in near future.