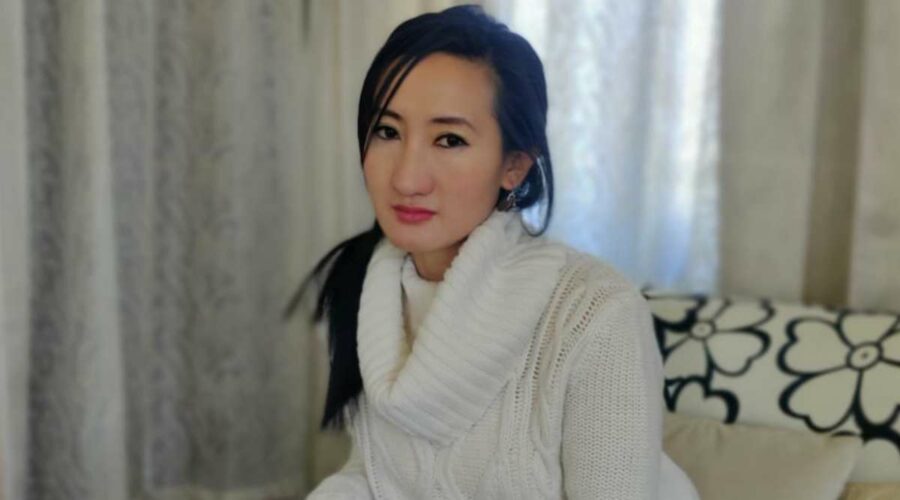 Nagaland-based writer Avinuo Kire on the Indo-Naga conflict, her fascination with myths and folklore and the literary culture in Nagaland Considered one of the best contemporary fiction writers in Nagaland, Avinuo Kire is back with another collection of short stories. In The Last Light of Glory Days (Rs 350, Speaking Tiger), she describes a world where military occupation and magic co-exist. Divided into two parts, the first has three stories that explore the everyday lives of people and their experiences with the Indo-Naga conflict. Told through the eyes of women from three succeeding generations of the same family, one looks at the impact of the conflict on family and friendship, the second on how it affects children and the third is on distrust with those in the mainland. While the second takes into daily life on the hills comes alive with stories about childhood, love, grief and farming along with figures from Naga folklore, including weretigers and demons, secret potions, strange spirits and enchanted forests.

A teacher at Kohima College, Kire has previously authored The Power to Forgive: And Other Stories (Zubaan Books, 2015) and a collection of poetry titled Where Wildflowers Grow, along with documenting and co-authoring a collection of oral narratives, Naga Heritage Centre: People Stories. Excerpts from an interview:

The volume is described as a ‘political declaration and personal love-note for your land’. Could you tell us about the idea behind this book?

The first section, ‘The Disturbance’, contains three interlinked stories told against the backdrop of the Indo-Naga conflict spanning the 1940s till the 1990s. I’m all too aware that this political conflict has been long, convoluted and complex, and three short stories do not begin to do justice to the Naga story. Nevertheless, I wanted to give a sense of the ebb and flow of the Naga Nationalist movement and the shifting experiences of different generations of Nagas.

As for the second section titled ‘New Tales from an Old World’, I wanted to share my fascination for the old world, one where our oral narratives come alive. A deep consciousness of spirit activity forms the basis of traditional Naga spirituality. Today, with changing thought patterns and the push and pull within a society moving away from customary belief system to modernity, I wanted to preserve a glimpse of the old world through these stories, a world which is fast vanishing, especially in the urban areas.

One does not get read that often about the Indo-Naga conflict and its impact on everyday life and relationships – something you’ve explored in the book. Could you tell us about its impact on life today in Nagaland?

‘The Disturbance’ or in Tenyidie dialect, ‘Nagamia kebvü cü teiki’, a euphemistic term used by the elderly generation of Angamis Nagas to refer to the 1950s and 1960s, is the worst period of the Indo-Naga conflict when an undeclared war between the Indian and Naga Army exploded in our hills. The Indian military committed terrible atrocities during this period and the war devastated the lives of countless Naga families. Today, the older generation, who survived this turbulent era, continues to live with painful and traumatic memories. With tyrannical laws like AFSPA (Armed Forces Special Powers Act) in place, not a single army, military personal or soldier has been prosecuted for war crimes. Healing is difficult when one is deprived of justice. Many have found comfort in faith but they are still human. These searing memories are passed on to the younger generations and this leads to generational trauma, often with the younger generation caught at crossroads.

Nagaland is largely peaceful today. But as the Indo-Naga conflict remains unresolved to this very day, the common man is now faced with new challenges amidst factional groups who are also trying to survive. Issues like multiple taxations, extortion etc., are rampant and they affect all aspects of life from the economy to employment opportunities. But Nagas are resilient people and we remain hopeful that an ‘honourable solution’ will come about, one that will recognise the legitimacy of our struggle and usher lasting peace. 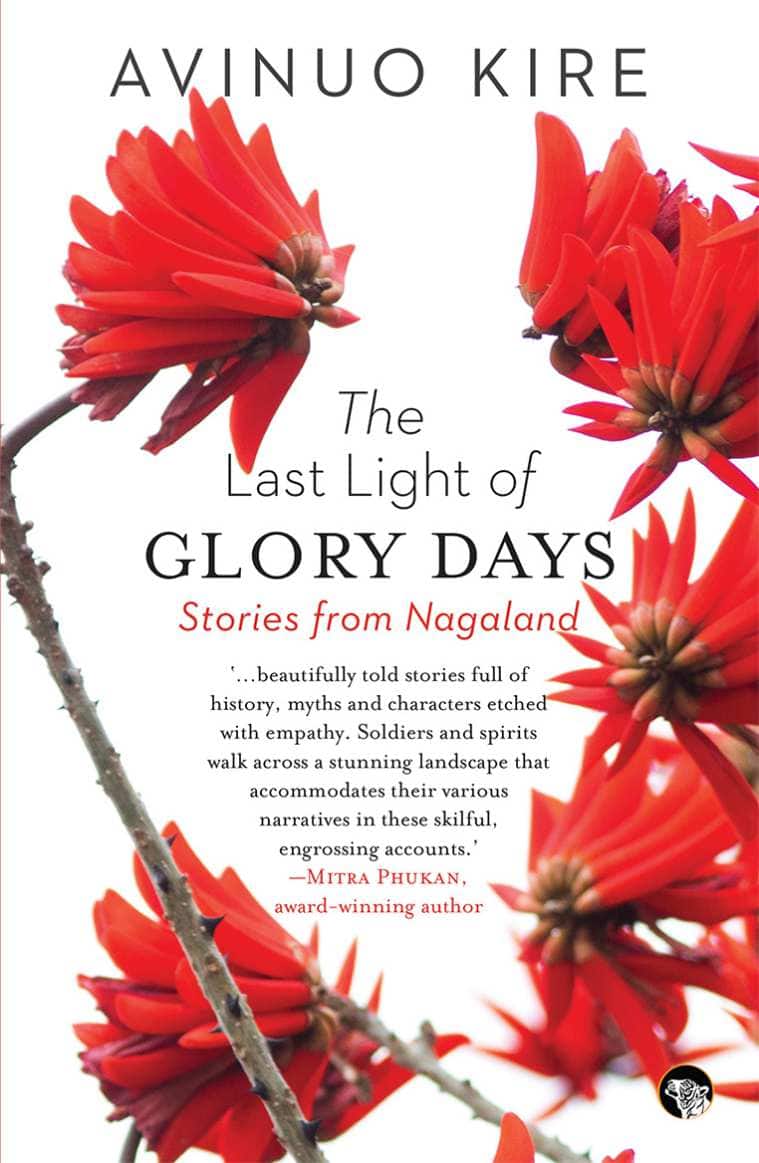 Do you plan to explore it further, perhaps through a novel or more short stories?

I would like to. Anyone familiar with the genre of Writings in English from the Northeast or Naga Writings in English will know that a persisting theme is politics. Due to this recurrence, our literature is sometimes pegged as one of insurgency and violence, as if this is the only thing that defines us. Obviously, this kind of marker is not only incorrect but also restrictive, burdensome and certainly not how creative writing works. But amongst other topics, I find myself moved to write on the conflict because of the innumerable lives it has destroyed, silenced and swept away. I think this kind of literature should be seen as a literature of remembrance, not one of terror or violence.

You’ve explored the folktales, the myths and the supernatural in your previous work and this one too. What draws you towards it?

These stories are part of my heritage. Knowing them gives me an identity. Nagas possess an oral history and our oral narratives which includes folktales, myths, and traditional spiritualism etc., are manifestations of intangible heritage. These narratives serve a purpose in that they are not just stories told for entertainment. They explain why things are the way they are and are linked to the Naga way of life. Oral narratives can be a rich reservoir of knowledge about a people.

Where do you find your stories?

Stories can be found just about anywhere. There are many splendours to be found in the quotidian if one is attentive and attuned to one’s surroundings. I like listening to people of all ages from all walks of life but the elderly hold my utmost respect with their huge repository of life experiences, knowledge of folktales, myths, legends and traditional wisdom. Nagas are a highly oral indigenous society and the older generation who lived the oral tradition are natural-born storytellers. It’s immensely sad to know that my generation is the last to be linked with the dying generation of oral storytellers.

Why do you think we don’t read many stories from Nagaland? Is it on the readers, the publishers or is there another reason?

I’m not sure. Perhaps it’s because writing for the Nagas came late as we did not traditionally possess the art of script. For our narratives to reach a non-Naga audience, there were two crossovers we had to make – the leap from oral to written and then from the native to acquired medium, English in this case. Beautiful stories in native dialects have been written and there is a need for quality translation works so that they can be widely appreciated.

New writing, young writers, indie publishers and literary events – the literary culture in Nagaland is building up. What have been your observations?

It’s certainly thrilling that the literary culture in Nagaland is on the rise. Literary events are popular and new books published by our hardworking indie publishers are being unveiled almost every week. Young people are enthusiastically writing with the hope of being published one day. This is wonderful. But while writing should be encouraged, sometimes I wonder whether we should be investing more time towards inculcating a vibrant reading culture instead. This will improve the quality of the literature.

02/18/2021 India Comments Off on ‘I write on conflict because of the innumerable lives it has destroyed, silenced and swept away’
TV & Movies