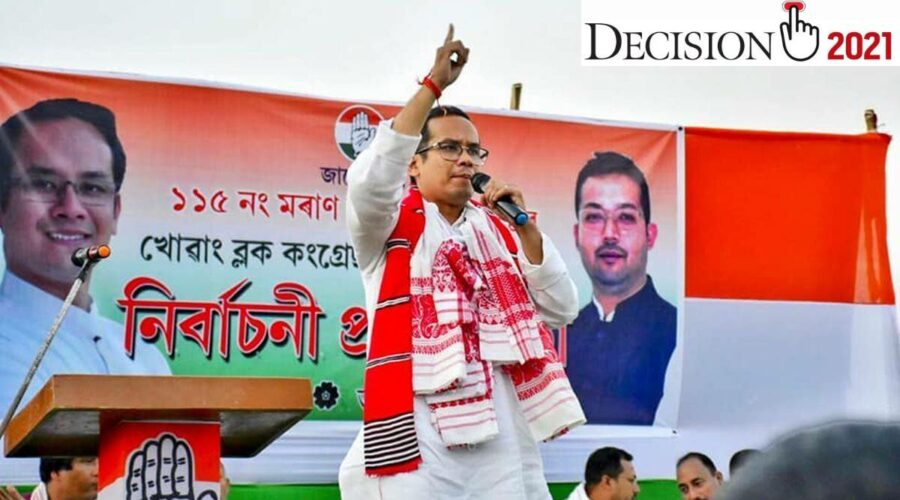 Asked about the Congress campaign, Gogoi said it was one of the most powerful in recent times with leaders travelling across the state in ordinary buses to reach the party's message to the people. 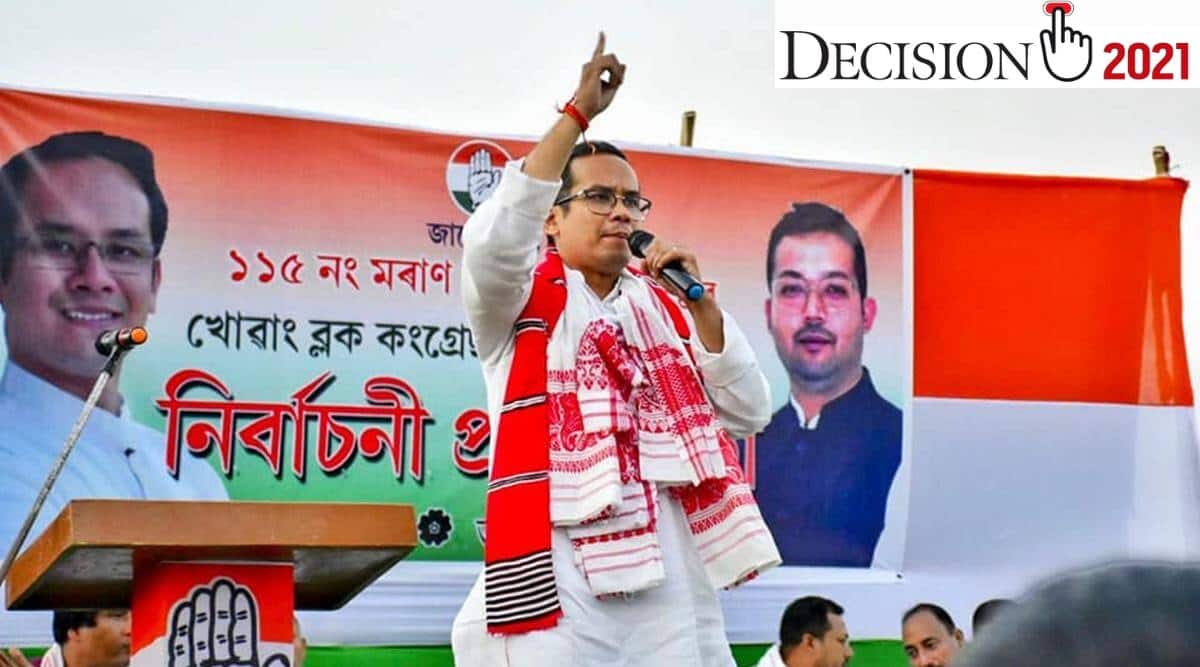 Senior Congress leader Gaurav Gogoi, son of three-time Assam chief minister Tarun Gogoi, on Wednesday said that he is not after the top post in the state government and will not represent his father’s constituency Titabar as per his last wish.

Gaurav, who is the chairman of the manifesto committee of Assam Congress, said the party became like an orphan after the demise of his father but his ideas and goodwill among the people are the driving force for him as well as his colleagues.

“I am not after the chief minister’s post. I was never in politics for my personal ambition. I am only concerned about forming the Congress-led ‘Mahajot’ government in Assam,” Gogoi told PTI in an interview.

In the political circles, the Lok Sabha MP from Kaliabor is being touted as one of the CM candidates of the Congress if the ‘Grand Alliance’ forms the government, although the opposition party has not officially announced any name yet.

“I have been very grateful for all the opportunities that the party has given me. They made me deputy leader of Lok Sabha and AICC in-charge. I am always there for any responsibility they give me,” Gogoi said.

On contesting the elections from Titabar in the Jorhat district, he said it was his father’s one of the last wishes that his successor should be from outside the family but a native of the constituency.

“Titabar was represented by my father for 20 years. We wanted that the successor should be someone who has contributed to the public service and not from our family. That is why I am not contesting the polls from the seat. I am glad that AICC leadership has also accepted my father’s wishes,” Gogoi said.

For the upcoming elections, the Congress has fielded Bhaskar Jyoti Baruah from Titabar, considered to be a bastion of the Gogoi family.

Gogoi said the party heading to the elections in the absence of his father was making it feel like an orphan.

“He has been widely acclaimed as the architect of modern Assam and modern Guwahati. Anywhere you go, you will see the imprint of Congress and the work he has done. So, we are heading into this election almost feeling like orphans without his positive energy and smile,” he said.

“But at the same time, we have learnt so much from him, he has mentored so many of us. His ideas still live through our speeches, our commitments. His values are echoed in the kind of our guarantees. His ideas of development and public service have been reflected in the manifesto as well. So, he is not amongst us, but he is amongst us as well.”

On the personal front, Gogoi said it has been difficult going through with the loss, but he is overwhelmed with a huge amount of goodwill among the people for his father wherever he has gone for campaigning.

“Normally, I focus on my constituency, but this time I have travelled the length and breadth of the state in the last five-six months. I have seen people who benefited under his government. There are retired teachers getting pensions, people getting government jobs — all this created a huge amount of goodwill. I feel proud,” he added.

The Congress stalwart died on November 23, 2020 while undergoing treatment for post-COVID-19 complications at the age of 84 years. He was survived by wife Dolly Gogoi, daughter Chandrima and son Gaurav.

Asked about the Congress campaign, Gogoi said it was one of the most powerful in recent times with leaders travelling across the state in ordinary buses to reach the party’s message to the people.

“We are focussing more on door-to-door meetings with small groups of teachers, women and other people. This has been a very powerful grassroot campaign. We did not go with our own agenda and found the issues of the people.

“Based on those issues, we have come out with five guarantees,” he said.

The Congress has “guaranteed” that if it is voted to power, then a law will be introduced to nullify the CAA, five lakh government jobs will be given, 200 units of electricity will be free for all, housewives will get Rs 2,000 per month and minimum wages of tea garden workers will be raised to Rs 365.

The parliamentarian also said that the party has been using all forms of communication in a very innovative way and it is swinging the people’s mandate in the favour of the Congress-led ‘Grand Alliance’.

The Congress, which was in power for 15 years in Assam since 2001, has formed a ‘Grand Alliance’ with AIUDF, BPF, CPI, CPI(M), CPI(ML), Anchalik Gana Morcha (AGM), RJD and Jimochayan (Deori) Peoples Party (JPP) to fight the upcoming Assembly election against the BJP-led NDA.

The Assam Legislative Assembly is going to the polls in three phases — March 27, April 1 and April 6, while the votes will be counted on May 2.

03/24/2021 India Comments Off on I am not after CM’s post, not in politics for personal ambition: Gaurav Gogoi
TV & Movies