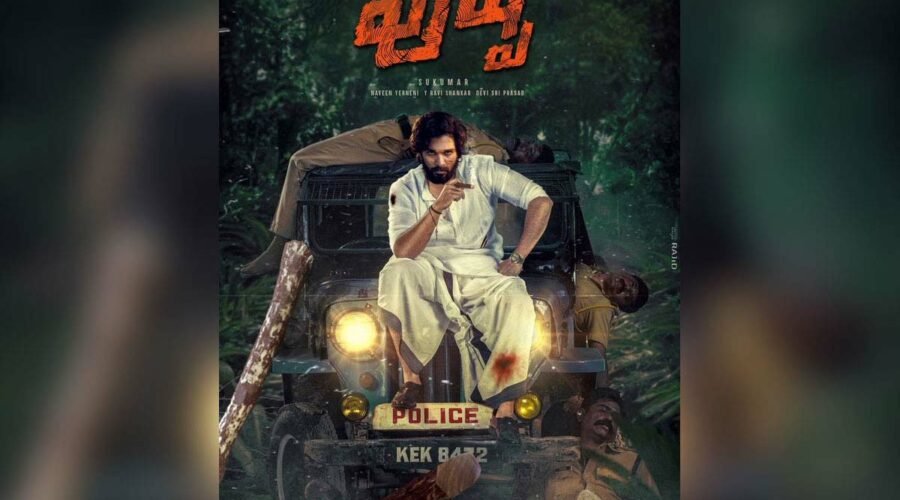 Stylish Star Allu Arjun is currently working for an action drama Pushpa, which is  helmed by Sukumar, the film will feature Rashmika Mandanna as the female lead.  The actioner drama Pushpa will be released in five languages – Telugu, Tamil, Hindi, Malayalam and Kannada. The details about  Sarrainodu fame actor Allu Arjun’ character has not been revealed yet, however, it has been reported that he will play a lorry driver whereas Rashmika Mandanna will feature as his wife in the film. Apparently, Bheeshma girl is playing the most challenging role in her career.

Earlier, the makers of Pushpa planned to rope  Vijay Sethupathi in a special role but he walked out from the project. Now, National award-winning actor Samuthirakani has been roped in  Allu Arjun and Rashmika Mandanna starrer upcoming film Pushpa, to play the Sub-Inspector role.

Samuthirakani has already impressed the movie lovers with his stunning performances in films like ‘Krack’ and ‘Ala Vaikunthapuramloo’.  Now he is working with Allu Arjun in Pushpa, which is being bankrolled by Mythri Movie Makers and has the music by Devi Sri Prasad.

Allu Arjun was last seen in  Trivikram Srinivas’ directorial venture Ala Vaikunthapurramuloo, in which he shared screen space with dusky beauty  Pooja Hegde.