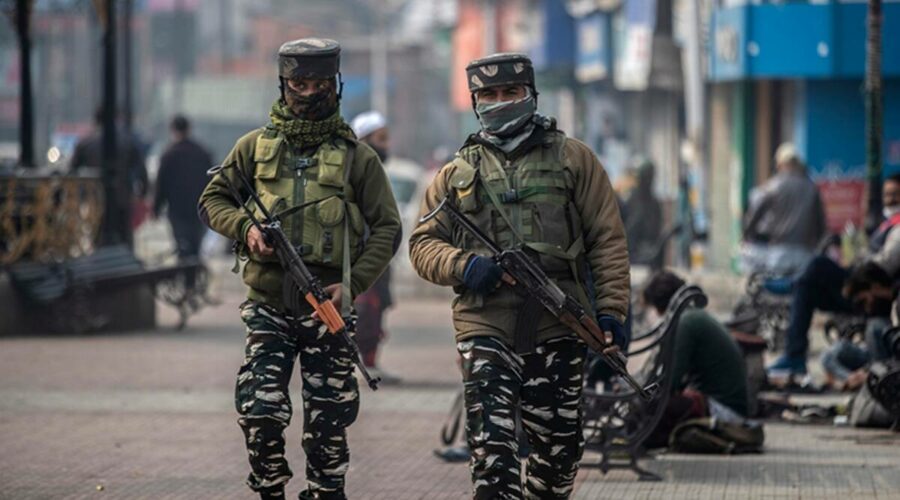 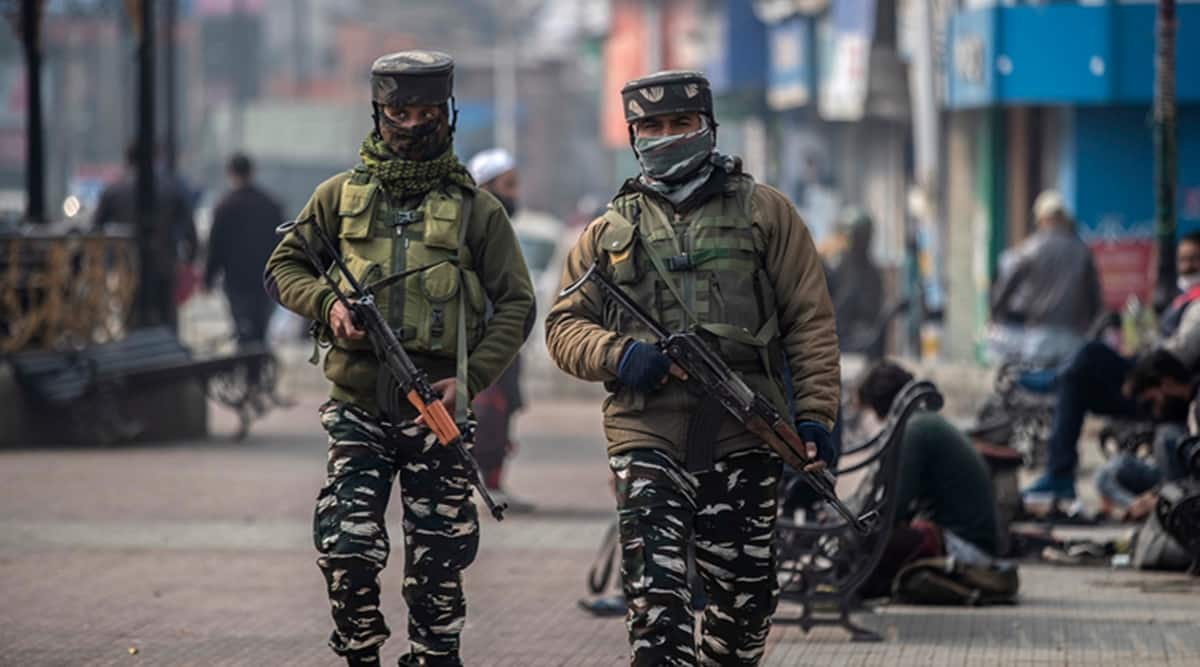 As the controversy brews over the encounter in Srinagar’s Hyderpora area in which four people were killed, Jammu and Kashmir Lieutenant Governor Manoj Sinha on Thursday ordered a magisterial probe into the incident

“A magisterial inquiry by officer of ADM rank has been ordered in the Hyderpora encounter. Government will take suitable action as soon as report is submitted in a time-bound manner. J-K admin reiterates the commitment of protecting lives of innocent civilians and it will ensure there is no injustice,” the LG’s office tweeted.

The development came after families of those killed disputed police claims stating that at least three of the four deceased — Altaf Ahmad Bhat, Dr Mudassir Gul and Aamir Magray — were innocent. On Monday night, J&K Police claimed that two militants, along with an over-ground worker (OGW) and the owner of the commercial building where the encounter took place, were killed in a gunfight. The police said they had busted a terror module.

Late on Wednesday, the J&K Police had forcefully removed the families holding a candlelight vigil at Srinagar’s Press Enclave seeking the return of bodies of their kin.

All four bodies were buried in Handwara, more than 70 kilometres from Srinagar.

Here’s everything that has happened so far 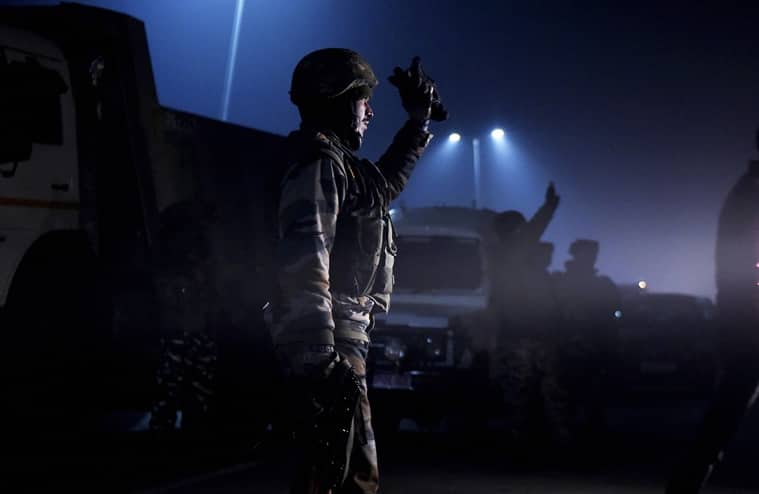 “He (Gul) was running a fake/unauthorised call centre from here. One of the rooms was being used as a militant hideout,” he said.

According to the IG, police received inputs Monday afternoon about the presence of militants near Hyderpora bypass.

“Forces laid a cordon and started search operations. There are three rooms on the top floor. We did not know the exact location, so we called the owner of the building (Altaf) and the person who had rented the place (Gul) and was running his business from there.” 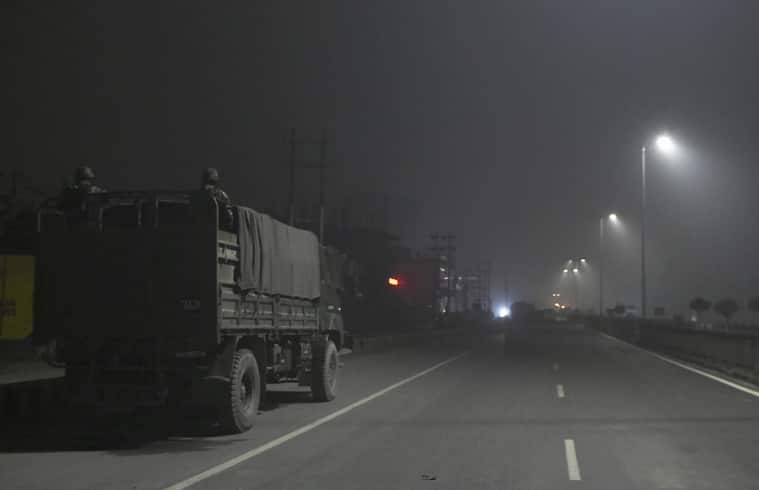 Kumar said “both knocked on the door but the militants did not answer. After a while, they knocked again and this time militants opened the door and fired from a pistol. Our people also fired in self-defence.”

He said attempts were made to rescue the two civilians. But “they were standing at a difficult spot and were injured in the pistol fire from the militants. Both succumbed and the two militants were also killed,” he said.

Of the two militants, the police claimed, one is “probably a Pakistani militant” named Ali Alias Bilal Bhai or Haider. The second militant, they said, was a local resident from Banihal area of Kashmir.

The police also said they recovered two pistols, three magazines from the room.

As reported by The Indian Express, the family of the building owner said his real name was Altaf Ahmad Bhat. An eyewitness to the incident also said security persons in plain clothes first approached the building and asked shop owners to down the shutters. About 30 people, the eyewitness said, were herded into a motorcycle showroom about 50 metres from the building.

“Our phones were taken away at about 5.30 pm, just after they laid the cordon, and not returned till after 12.30 am,” one of the eyewitness said.

At least three eyewitnesses said Altaf and Gul were taken by the security persons to the building. “The second time, 20 minutes after the first, we heard gunshots and then they did not come back,” one of them told The Indian Express.

On Wednesday, the families of Altaf and Gul, during protest at Press Enclave in the city, demanded their bodies be returned to them as they were not militants or OGWs. 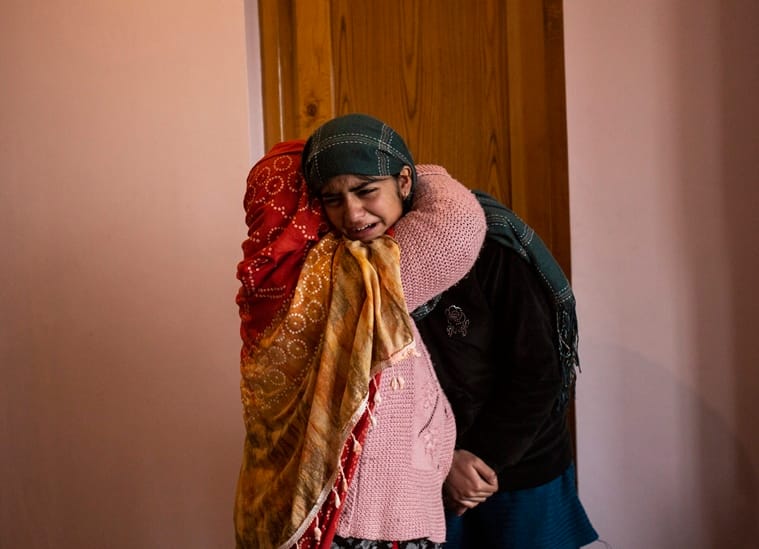 Speaking to reporters, Altaf Bhat’s brother Abdul Majeed said as a ‘numberdar’ (revenue official), he remains in constant touch with the police and they would have informed him if his brother was involved in militancy.

Political parties in the Valley condemned the killings and demanded a probe into the encounter.

The People’s Alliance for Gupkar Declaration (PAGD) demanded a judicial probe into the Hyderpora encounter on Thursday, saying the inquiry ordered by the LG “cannot be fair”. 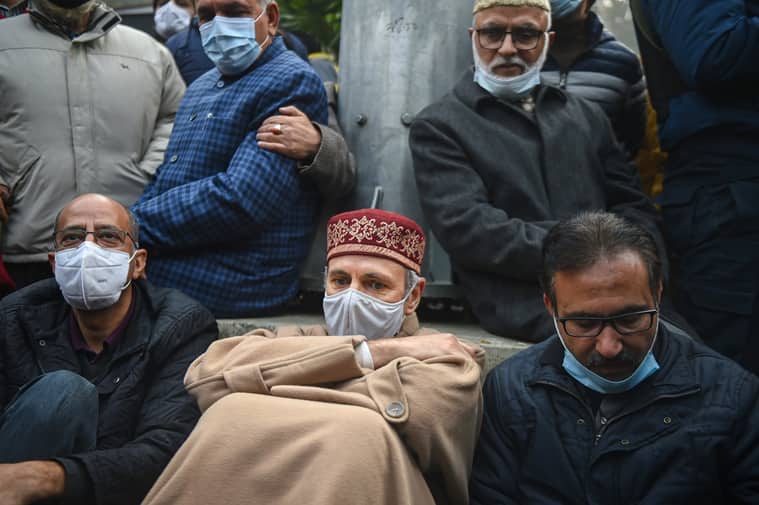 According to news agency PTI, several PAGD leaders, except PDP president Mehbooba Mufti, met at the residence of National Conference chief Farooq Abdullah to discuss the “unfortunate situation” arising out of the “killing of three innocent civilians” at Hyderpora.

“The PAGD leaders also appeal to the people and leadership of the country to rise in defence of the democratic rights of citizens of India from Jammu and Kashmir as well. There is a need to share this pain of Kashmir before it is too late,” CPI(M) leader Mohammad Yousuf Tarigami said. 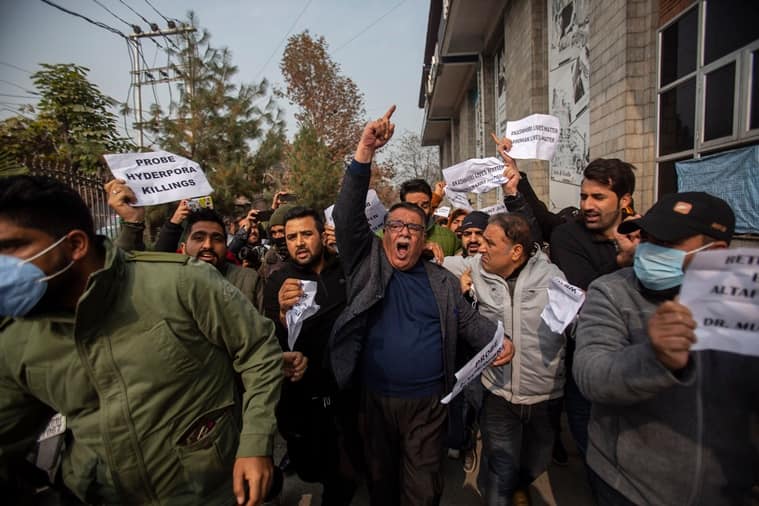 “We are sitting here peacefully. If we wanted, we would have blocked roads, bridges, but no. There has been no sloganeering, no law and order disturbance and no road has been blocked.

“We are not raising voice against the government, we just demand that the bodies be returned,” Abdullah was quoted as saying by PTI.

“Using innocent civilians as human shields, getting them killed in cross firing & then conveniently labelling them as OGWs is part of GOI’s rulebook now. Imperative that a credible judicial enquiry is done to bring out the truth and put an end to this rampant culture of impunity,” she said on Twitter.

Mufti also claimed she was put under house arrest, while two of her party colleagues were arrested by the police.