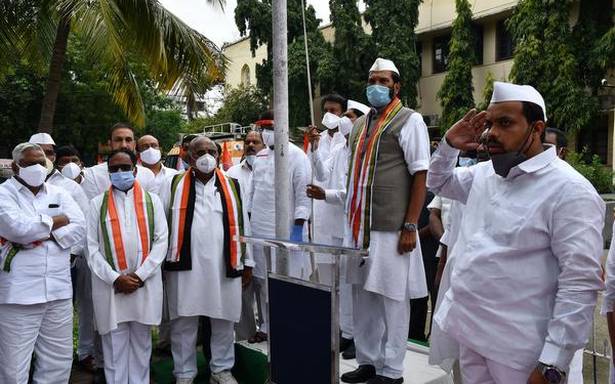 Hyderabad marked the 73rd day of accession to India on in a solemn manner. While the ruling TRS, the Opposition Congress, and other parties commemorated the occasion as ‘Hyderabad Merger Day’, the BJP celebrated it as ‘Telangana Liberation Day’.

It was on August 17, 1948, that Hyderabad’s ruler Mir Osman Ali Khan announced cessation of hostilities after the Indian forces marched into the dominion on multiple fronts. While India gained Independence on August 15, 1947, Hyderabad did not join the union for nearly 13 months. But after the Indian Army entered the dominion without much resistance, Prime Minister of Nizam Mir Laiq Ali broadcast a speech on August 17 announcing ceasefire. The surrender of Nizam’s forces took place on September 18 as the Indian troops march was delayed by a few hours due to landmines.

The day of merger of Hyderabad in India has been a fraught issue with the BJP making a call for celebrating the day as Hyderabad Liberation Day. The earlier governments in undivided Andhra Pradesh and the present government after formation of Telangana State have rejected the demand and accused BJP of pursuing divisive politics by trying to give a communal colour to the merger. “You can call it liberation day or merger day, it’s a day of happiness for all of us,” said Mr Keshava Rao during the event.

Incidentally, the Ashoka Pillar where the Congress workers marked the Merger Day commemorates the first War of Indian Independence of 1857 when the citizens of Hyderabad led by Maulvi Allauddin and Turrebaz Khan attacked the Residency building.