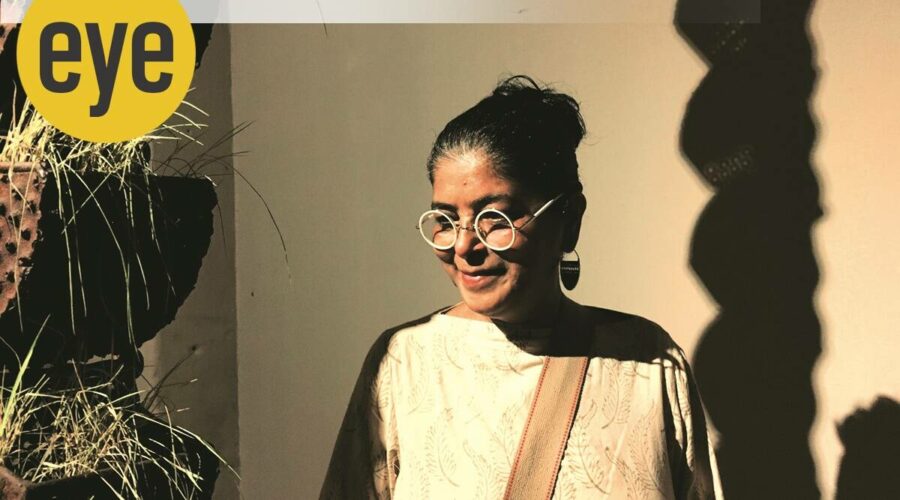 Artist Shambhavi Singh on MoMA’s and KNMA’s acquisitions of her works and welding memories of her homeland Bihar in her art. 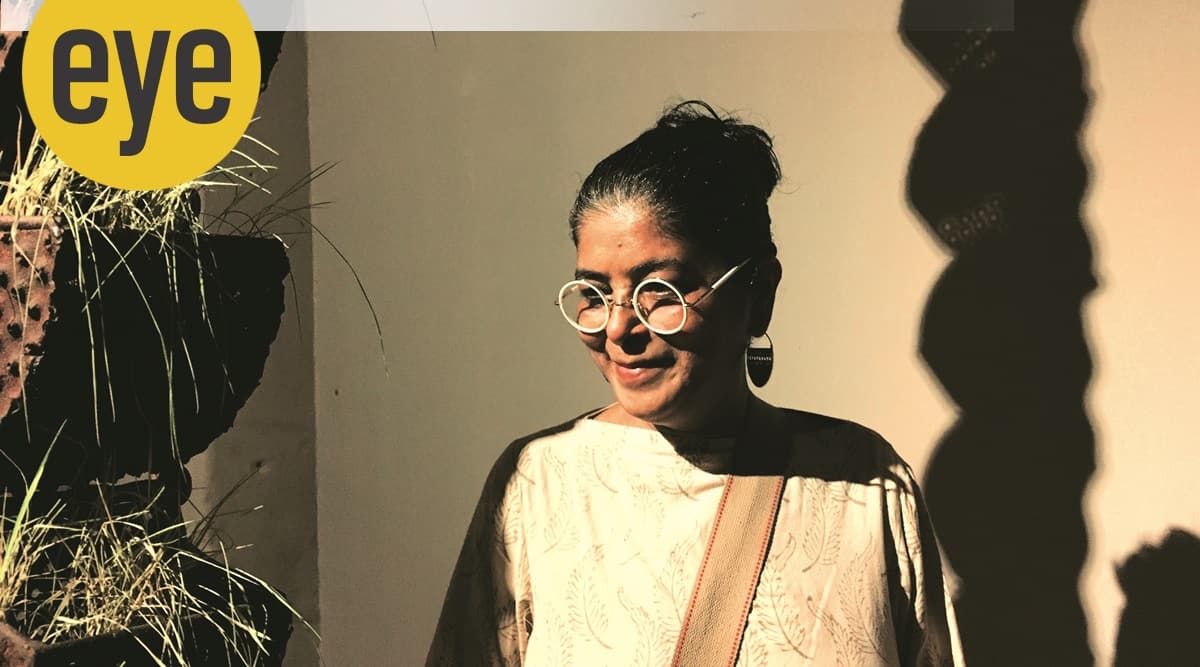 Ever Since the form of the sickle entered her art about a decade ago, Shambhavi, who goes by one name, has used the shape and the object to pull together a range of meanings. In Reaper’s Melody/Kaatani Geet (2018), from a body of work called Maati Maa shown at the Kochi-Muziris Biennale 2018, the artist arranged 294 iron sickles in a corner of Aspinwall House, the festival’s main venue. The crescent shapes resembled an army of critters scurrying up a wall or descending from it. They hinted at a rush of musical notes. They also suggested blades of grass, a paddy field. Is it pastoral if it’s wrought in rusty iron?

“It gives mixed impressions and I can see all these feelings reach audiences,” says Shambhavi, 55. She explains that her sickles aren’t always recognised for what they are because they lack a handle. Made strange yet familiar, the sickle blade is both tool and weapon.

Reaper’s Melody is now off to the Museum of Modern Art (MoMA), New York, her second work to be acquired by the prestigious institution. The first was in 2012 — a set of huge circular prints called Cosmic Seeds/Beej Brahmaand (2011) that look like delicate, papery moons, made during a residency at the Singapore Tyler Print Institute (STPI). Compare Cosmic Seeds with Reaper’s Melody — they are poles apart, like light and shadow. She says, “As an artist, they are opposites, but as a farmer, they are interconnected, like sprouting and harvesting.” It’s possible that this is one of the ways to sum up Shambhavi’s 30-year-long career. 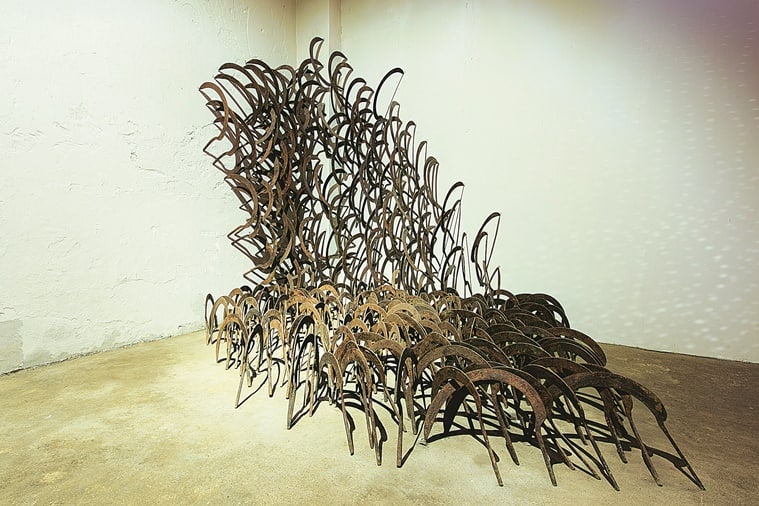 Shambhavi was born and raised in Patna. Her father was an artist himself but identified with the family of farmers he was born into. The family made regular trips to the farms and villages in Bihar’s Buxar, Dumraon and Sasaram. When she was 22, she shifted base to Lucknow and then to Delhi to pursue higher studies in Fine Arts and inevitably drew from her connections, memories and sensory experiences of rural Bihar. Ask her about her work — any work — and you will be told a tale from her childhood.

The corner-side arrangement of Reaper’s Melody is from that time when she, her brother and father were threatened by thunder and lightning. They had been spreading grain to dry and when the sky trembled, their father rushed them inside the house, gathering them protectively in a corner. “There was safety in corners. The sickles are rushing to hide…not, in reality, today, but in my work, they are seeking a safe world for themselves,” says the artist. Even the title comes from the songs that farmers sang at work, the words indistinct but the tunes carrying through paddy fields.

Shambhavi’s work is non-figurative but the agrarian figure is felt through her art. In her sculptures, paintings, installations and prints, she often evokes elements from the agrarian landscape, such as giant sieves, elegant hand-fans made of palm, rain-kissed earth, nights plunged in darkness, moths, dawn and a morning star. “My art is a banner for my homeland, a dark homeland,” she says. Even her sickles are fashioned by a family of blacksmiths from Faizabad, who traditionally make farming tools.

Two more works — Sacred Door/Duwaar (2019) and Spine/Reerdha (2019) from a body of work called Bhumi — were acquired by the Kiran Nadar Museum of Art (KNMA) in Delhi last year. In Spine, curved like a centipede, water-mill buckets are assembled to suggest the vertebrae. Sacred Door revisits the sickle — colossal blades interlock and sit in the form of a sanctum that is 7 ft tall. A duwaar is a house’s verandah, like the many in rural Bihar, where guests are received. Visitors could walk under Duwaar’s watchful blades when it was exhibited at her solo show in Gallery Espace, Delhi, in January 2020.
Writing in Artforum magazine about the Gallery Espace exhibition, critic Meena Menezes observed, “A delicious sense of ambiguity swirled around many of Shambhavi’s creations: The curved stalk of a leaf might perhaps be the proboscis of a butterfly.”

This ambiguity, where several, opposing ideas are conveyed all at once, could be among the reasons why Shambhavi’s works have often been seen as peripheral in the Indian art world, which would rather fix the farmer in a romantic, idealised setting or as the exploited, protesting labourer. It’s either pastoral or political, but Shambhavi’s work is never just one or the other.
At the Kochi-Muziris Biennale, her exhibition had been well-received by local visitors from Kochi, a town where the Communist symbol of the sickle is ubiquitously painted and pasted on walls, shopfronts and doors.

The artist is aware of her chosen object’s cultural and sociopolitical weight but its meanings are far too personal for her, born out of memories of her homeland, rich in equal parts of joy and pain, where a paddy field is soft with tender shoots and rough with last year’s husks.