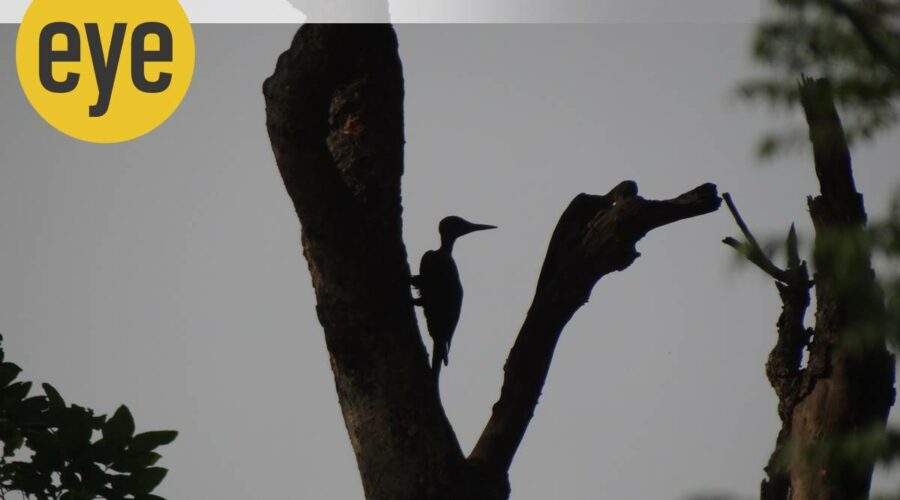 With the extinction of its Western cousin the Ivory-billed, the 'vulnerable' Great Slaty, found across the Indian subcontinent and Southeast Asia, is now the world's largest woodpecker. But there's a lot we still don't know about it They called it “the Lord God bird”, and not without reason. This fabled bird was the protagonist in several books; it even made its way to the music charts with a song dedicated to it. It made news when it lived, and now haunts the headlines with its extinction. Expeditions were dispatched to search for this “Elvis Bird” but it remained elusive, with its last sighting more than 70 years ago, until finally the ghost of wishful thinking was laid to rest in September this year when the US formally declared this fantastic bird extinct.

The Ivory-billed Woodpecker, measuring a phenomenal 50 cm from beak to tail, reigned as the world’s largest woodpecker. It inhabited the swamp forests of southern US and Cuba, dominated by giant trees until they were logged, and the bird suffered a fate aptly described as “rarity unto death” by science writer David Quammen. 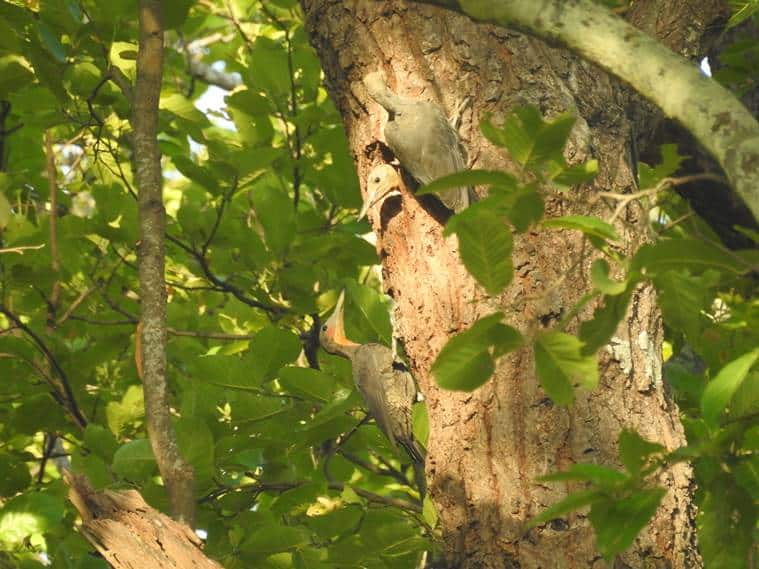 The Ivorybill’s extinction also robbed it of its long-held status as the planet’s largest woodpecker, and the spotlight moved to the opposite side of the globe. The Asian Age in the woodpecker world was thus ushered; the Great Slaty Woodpecker — an Asian giant — was crowned the world’s biggest woodpecker without ceremony or fanfare.

Though comparable in size with its American predecessor, the 45-cm-large Great Slaty hardly fits the bill as a poster boy. While the Ivory-billed resembled a soldier smartly dressed in ceremonial black-and-white uniform with a scarlet helmet, the Great Slaty with its inconspicuous grey plumage and devoid of any headgear brings to mind a commando in combat fatigues.
Its representation of the Asian ethos also extends to its behaviour: The Great Slaty lives in close-knit family groups — the fledged offspring continue to stay with parents to help them raise younger siblings, a stark contrast to the nuclear family living seen in most other woodpeckers. Despite its physical and behavioural differences, the Great Slaty is ominously similar to the Ivory-billed in one aspect. The fact that it occurs half a world away by no means cushions it from the threats that its transcontinental cousin succumbed to. Looking at the distribution map of the species can lead you to the happy misconception that a species spread over 15 countries — from India all the way to the Philippines — could hardly be in trouble. However, the Great Slaty population has plummeted by a dramatic 90 per cent in recent decades. The main cause is the all-too-familiar spectre of deforestation, destroying large chunks of its largely tropical habitat. The sharpest declines have been recorded in South-east Asia — particularly Borneo and Malaysia — which used to be the species’ mainstay.

Paradoxically, the Himalayan foothills — a region at the margins of the Great Slaty’s range which hardly qualifies as “tropical” — seems to be an area where this newly-crowned largest woodpecker appears to be doing well. This landscape is dominated by sal forests that in India have been protected either as national parks and sanctuaries, or reserved forests. For instance, in Uttarakhand, it is possible to see Great Slaties without much difficulty in Corbett and Rajaji national parks and the reserved forests adjacent to them.

Despite its celebrity status, surprisingly little is known about the ecology of the Great Slaty. We do know that it lives in joint families of generally half-a-dozen individuals. We also know that the Great Slaties tend to sleep in family dorms made in dead or decaying trees with multiple cavities. These dormitory trees are veritable heritage structures that are used by generation after generation of woodpeckers. Such trees, unfortunately, are often deemed useless and marked for removal during routine forestry operations. The nest cavities, built in live trees, are large and deep enough to hold three to four full-sized woodpeckers. Since these nest cavities are spacious and safe refuges, they are keenly sought after by a wide variety of other animals (that cannot excavate tree holes themselves) for their homes and nurseries. These beneficiaries include hornbills, owls, mynas, monitor lizards, bats, flying squirrels and bees, among several others. It is obvious that large-sized woodpeckers cannot make nest cavities in trees with thin trunks. This means that the XXL-sized Great Slaty Woodpecker needs old forests with thick-stemmed trees to get by. And that is a resource which is in short supply globally. Most people, including politicians and administrators, miss the point that growing old-growth forests cannot be fast-tracked, especially in forests of slow-growing trees like sal that are preferred by Great Slaties. While a sal tree can attain near-maximum height relatively soon (“soon” in tree chronology easily being 50 years!), it can take considerably longer (say, 200 years!) for it to attain a respectable girth. This makes conserving the Great Slaty a greater challenge. Sacrificing large-sized trees and then compensating for the loss by planting scores of new trees is as absurd as replacing a truck tyre with two dozen bicycle tyres.

This woodpecker also displays some interesting behaviours. For instance, at the start of their day, the Great Slaties of a group routinely assemble on a “staging” tree — something like a roll call. They then perch on the upper branches and repeatedly flick open their wings in synchrony, also emitting whinnying calls simultaneously. This ritual is not unlike a team huddle accompanied by battle cries to invoke the spirit of camaraderie before a match. They then take off to forage, with individuals sometimes breaking ranks to fly off in different directions.
The Great Slaty has a special appetite for ants. Scientists believe that the species lacks a typical woodpecker crest and sports an unusually long neck because these traits make it easier for the Great Slaty to raid ant colonies with minimum fuss. However, we are still in the dark about most ecological aspects of this Asian giant. How big is its territory? How far does it travel to forage daily? How long does it live? How many nests does it lose to predators and squatters? How big a forest patch is required for it to survive?

Will we be able to find answers to these questions in time? Or will the Great Slaty Woodpecker, too, follow its predecessor into the black hole of extinction? If it does, then an ecological meltdown is inevitable with catastrophic effects on scores of other animals that are dependent on its home-building skills. Knock on wood!

(Raman Kumar is an ecologist who studies how human-induced changes in the environment impact birds, particularly woodpeckers. Based at Nature Science Initiative, Dehradun, he also works to create awareness among people at large — especially children — about nature)