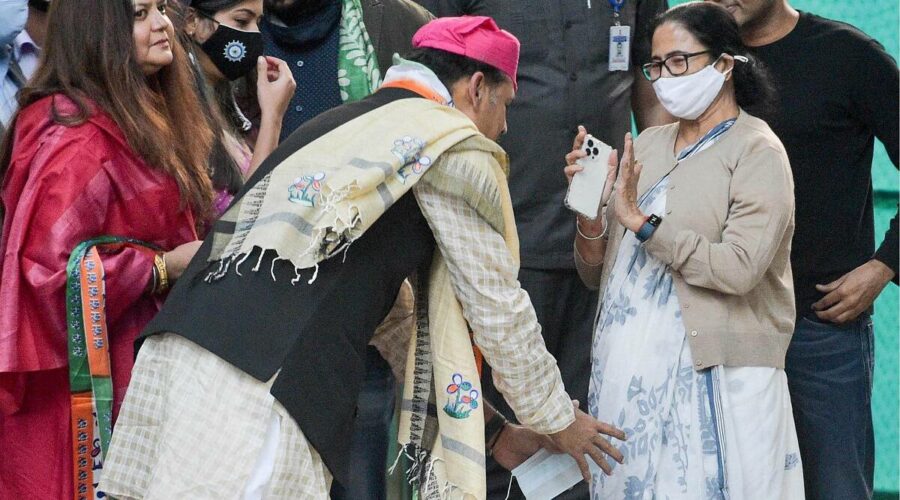 TMC is aiming to spread its footprint nationally following its resounding victory in the Assembly elections held earlier this year. 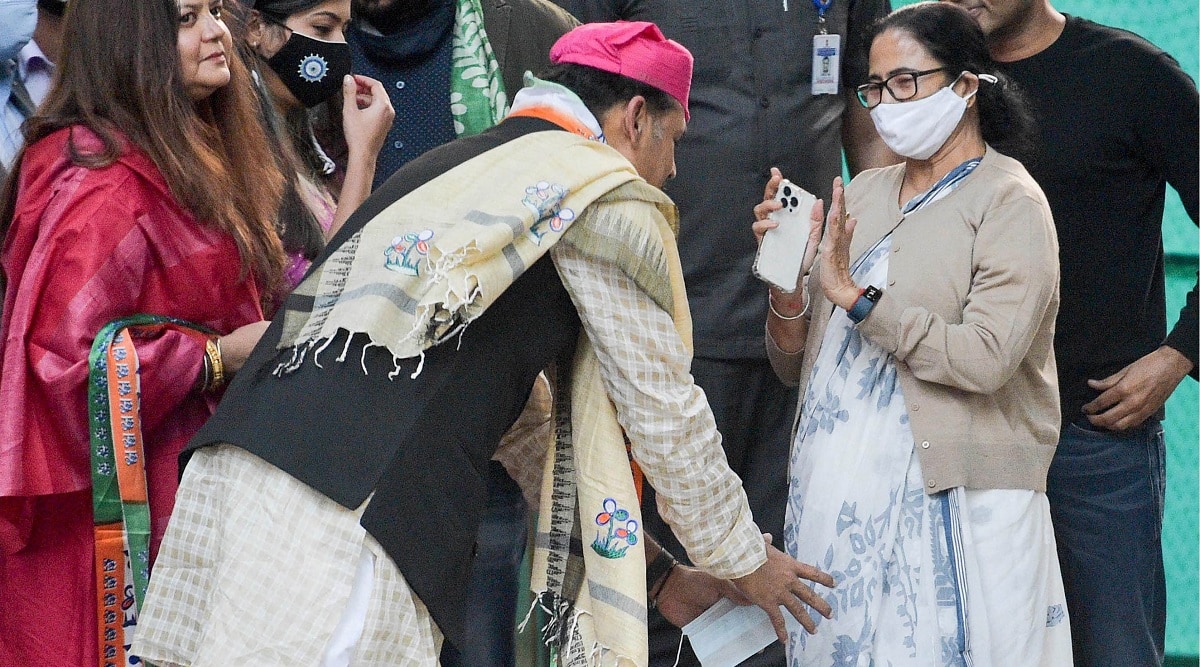 With elections approaching in many states, including Uttar Pradesh and Goa, Trinamool Congress (TMC) is witnessing a steady stream of leaders from rival parties joining its ranks. It has come as a shot in the arm for the TMC, which is aiming to spread its footprint in the every nook and corner of the country following its resounding victory in the Assembly elections held earlier this year.

Earlier this week, the party saw the entry of Congress leaders Kirti Azad and Ashok Tanwar, along with former JD(U) MP Pavan Varma. Tanwar, once a close aide of Congress leader Rahul Gandhi, was an MP from Haryana’s Sirsa from 2009 till 2014. He had quit the Congress ahead of the October 2019 polls in the state. “The TMC family is complete. I have told him (Tanwar) to begin work and he will visit both Kolkata and Goa. He will also go to Haryana and travel the state,” Banerjee told reporters during her Delhi visit.

Cricketer-turned-politician Azad lost on a Congress ticket from Darbhanga Lok Sabha constituency in 2019. On joining the TMC, he called the BJP’s politics “divisive”. “Today a personality like her (Mamata) is needed in the country who can show the country the right direction,” Azad said.

Varma, who was expelled from the JD(U) last year for speaking out against Bihar Chief Minister Nitish Kumar’s support to the Citizenship Amendent Act, vouched for the potential he saw in Mamata and joined the TMC, possibly paving way for the party’s foray in Bihar. Formerly, he was an advisor to Kumar and the JD(U)’s national general secretary and spokesperson.

In the Northeast, Meghalaya witnessed a churn as former Congress chief minister Mukul Sangma and 11 other MLAs formally joined the TMC on Thursday. In Assam, Sushmita Dev crossed over from the Congress ranks into the TMC fold. In October, former West Bengal minister Rajib Banerjee and Tripura BJP MLA Ashis Das joined the Trinamool Congress in Tripura, where state polls are due to be held in 2023. At the rally where the leaders joined TMC, the party’s general secretary Abhishek Banerjee vowed to “finish both Left and Right” in Tripura, currently ruled by BJP. He said the TMC will secure a victory not just in the November 25 civic polls, but also in the Assembly election. This is the first attempt of the TMC to contest civic polls outside West Bengal, with party fielding 51 candidates, including 27 women.

The TMC has also identified Goa as one of the key states for expanding its footprints nationally. The party is banking on former Goa Chief Minister Luizinho Faleiro, who joined the party in September, to make inroads into Goa. According to TMC sources, along with Faleiro, nine other leaders — Lavoo Mamledar, Yatish Naik, Vijay Vasudev Poi, Mario Pinto De Santana, Anand Naik, Rabindranath Faleiro, Shivdas Sonu Naik, Rajendra Shivaji Kakodkar and Antonio Monteiro Clovis Da Costa had joined the party.

Another TMC face in the state is tennis star Leander Paes who joined the party in October. TMC will be contesting the Goa elections for the first time, even as the Congress said it would divide votes strengthening the BJP’s chances in the state. Actor and activist Nafisa Ali also joined the Trinamool Congress on the same day.

Meanwhile, Goa Forward Party (GFP) received a jolt after its working president Kiran Kandolkar, second only to party chief Vijai Sardesai, joined TMC hours after he tendered his resignation. Along with Kandolkar came 40 others, including sarpanches of five villages from Assembly constituencies of Tivim and Aldona in North Goa.

When it comes to Uttar Pradesh, Mamata said during her recent visit to Delhi that she is open to extending help to Samajwadi Party chief Akhilesh Yadav if he seeks her party’s help for the Uttar Pradesh Assembly polls. This comes a month after two senior Congress leaders of Uttar Pradesh Rajeshpati Tripathi and Laliteshpati Tripathi joined the TMC in north Bengal’s Siliguri. “The faith of people in the TMC is increasing. The joining of the two leaders testifies that we are now an all-India party which can give real fight to the BJP,” Banerjee was quoted as saying by PTI.

Mamata had said in July that a united front to fight the BJP is the need of the hour. “We need to build a front and fight for a common cause. So please go and convince your leaders so that we can come together, leaving our narrow self-interests and differences behind, and fight unitedly against the BJP, as only then we can only save this country,” she said during a virtual Martyrs’ Day speech, reaching out to opposition leaders across the country.

The TMC’s resounding victory in the April-May Assembly polls in West Bengal led to a homecoming for many party deserters and also boosted confidence in Mamata’led front as credible Opposition. In their statements after joining the TMC, Azad, Varma and Tanwar called a front led by Mamata as the credible Opposition to face the BJP. “I have been associated with student politics. Circumstances have now become such that the only leadership capable of leading this country is Mamata didi,” Tanwar said. Varma, meanwhile, said he had “no doubt that the Trinamool will become a national alternative”.

Azad said he would be with the TMC for the rest of his political career. “She is a grassroots leader who has fought for the people. I have played for my country. I will work with her to end the division that people are making in my country,” he added.

(With inputs from agencies)