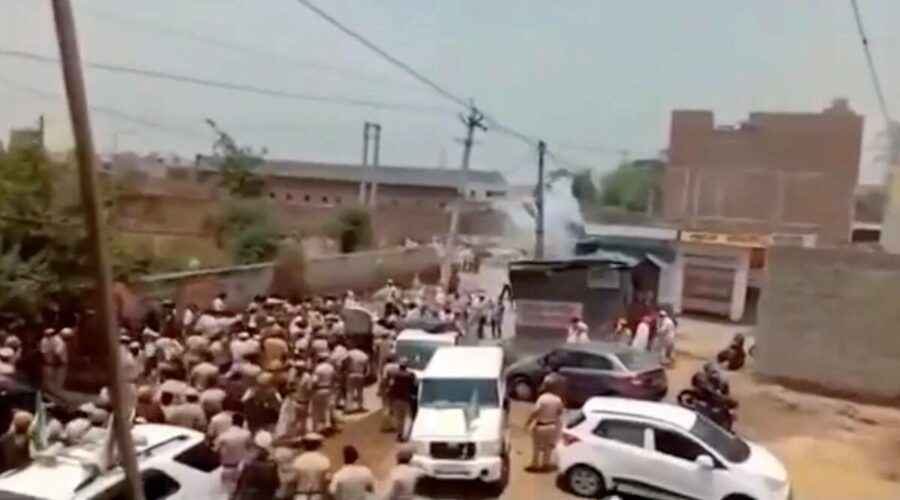 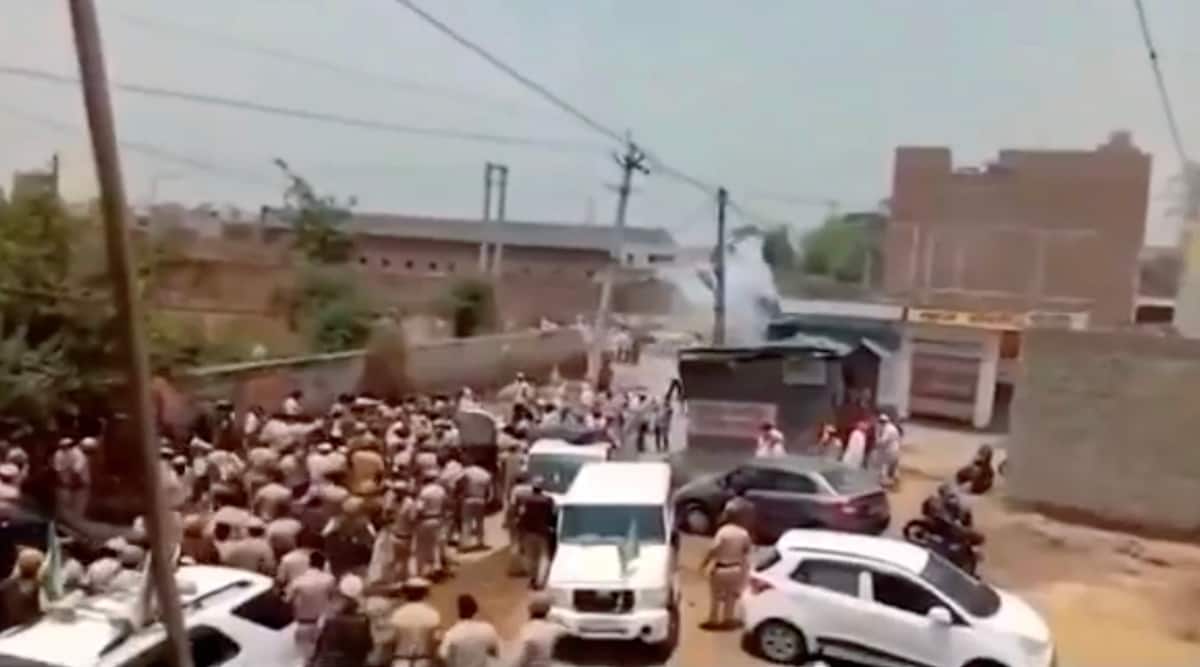 Two days after clashes between the farmers and policemen in Hisar over the visit of Chief Minister Manohar Lal Khattar, the residents of Masudpur village of the district have announced ‘boycott’ of the Corona lockdown. Villagers as well as police officials say that more villages may take similar decisions in the coming days.

The decision by Masudpur villagers has been taken amid a growing feeling that “the lockdown has been imposed to suppress the ongoing agitation against three farm laws” even as police officials insist that “it’s a matter of life as the pandemic is there”.

Masudpur with a population of around 7,500 decided to oppose the lockdown on two counts — alleged harassment by the police in the name of lockdown and their resentment against ‘the police lathicharge on agitating farmers.

Police say it has challaned only one resident in the recent past for not wearing a mask, adding “the use of force was must to prevent any damage to the Covid hospital by stopping movement of the agitating farmers as the Chief Minister had already left the venue in Hisar Sunday”.

The clash had left dozens of farmers and around 20 policemen injured. Protesting farmers have already announced “a social boycott of the BJP-JJP leaders” over the farm law issue. The CM had gone to Hisar to inaugurate a newly constructed Covid hospital.

Members of the outgoing panchayat say that all prominent persons across the caste lines attended Tuesday’s panchayat in Masudpur village where residents are mostly dependent on agricultural activities.

“If the Chief Minister visits any area of the state, there is no corona pandemic. But if farmers go to their fields, they are challaned. The material of small shopkeepers is thrown on the roads,” allegeed Kuldeep Dalal, while speaking on the behalf of his wife Pooja, the outgoing village sarpanch. Dalal further said, “The lathicharge on farmers including women was unfortunate.”

Echoing similar sentiments, outgoing panch Naresh Dalal said, “A police gypsy lands in the village to challan the villagers. There has been an atmosphere of fear in the village for the past ten days. In today’s panchayat, the villagers have condemned the police action against the farmers in Hisar.” According to Naresh, they have formed a 40-member committee to ensure that no officials including policemen enter the village in connection with the Covid lockdown.

“As many as 25 people will be stationed at the entry point of our village at all times to stop the entry of officials,” he said, adding that other villages may also take similar decisions. He also claimed that no Covid deaths have taken place except a 80-plus teacher “who was already suffering with other diseases too”.

They are also opposing setting up of a Covid care centre in their village stating, “It may spread pandemic in their village as the Covid patients from other villages will be brought to this centre.”

On the other hand, Hansi SP Nikita Gahlaut told The Indian Express that only one person was challaned Rs 500 in the village for not wearing a mask.

“We have deployed 20 policemen to create awareness among the villagers as deaths are taking place in the villages of Hansi area including Bhatla, Sisar and Sultanpur. I was not told about the harassment of villagers by anybody. Our channels are open and their grievances can be communicated to us. We will try to convince the villagers by consultative process as precautions are in the interest of everybody,” she added. Denying allegations of villagers, the SP further insisted, “The law of land is supreme and it will be implemented at every cost.”

A senior police officer said normally they don’t challan people in villages but in busy areas like markets only. He admitted that the decision by the residents of Masudpur village may be fallout of the Hisar incident adding, “I will not be surprised if ten more villages take similar decisions in coming days”.

The officer also said that they always try to avoid confrontation between “the farmers and policemen”. “To prevent a similar confrontation, we had suggested Deputy CM Dushyant Chautala to take an aerial route to cover just eight km distance to Hisar town from the local airport in April this year. And with our strategy, we had succeeded to avert a confrontation that day,” said the officer requesting anonymity.