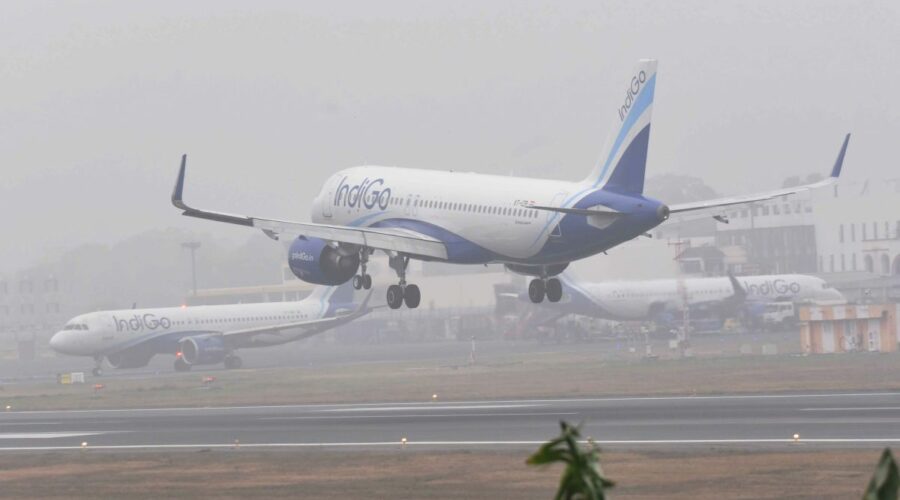 Finally, the winter sun was streaming through the airplane’s window, shining gloriously above the thick, frothy blanket of fog.

There was a flight to catch and the fog lay heavy and low over the Ganga in Patna. As it is at this time of the year, every year, one is never sure about the delays/cancellations at the Patna airport due to the weather.

Your fate is decided by the fog. It is as simple as that.

This came with the back story of there being no sunshine for over a week. The days were covered under a pall of haze and the wind was cold — chilling right to the bone.

People covered up in mufflers, caps, jackets; footpath shops sold blankets and woollens; cows and goats were draped with blankets made of jute gunny bags stitched together.

Now that, plastic gunny bags have replaced the jute ones that carried grain, one wonders what village folk will choose as the garment of warmth for their cattle.

Several district magistrates in Bihar declared closure of schools due to the cold wave; Rotary Club members donated firewood and built fires at town squares for people to warm their hands and the Indian Red Cross distributed blankets to the needy at railway stations and other public places.

The weather was the important part of every conversation — on the phone or in person.

“Thand se bach ke rahiye (Protect yourself from the cold).” Inside the house, heaters and blowers were a major source of comfort, occupying pride of place with the family gathered in front of or around it.

Rail and airlines followed an altered schedule in view of the fog.

We were on the 1540 IndiGo flight out of Patna. Travelling with elderly parents requiring wheelchairs — and anticipating delays or worse cancellations due to the weather, we arrived at the airport early.

Bundled in woollens from head to toe, we got off and got a polite porter with a trolley at the entrance to help with the bags.

Those needing wheelchairs from the entrance of the terminal have to go to the respective airline counters outside the terminal and inform the staff.

“We find it difficult to walk for long stretches, hence the need,” said my mother.

After a smooth check in, two very caring wheelchair attendants, Savita and Kunal, took charge of my parents, helping them through security and seating them comfortably outside the boarding gate.

The fog was getting thicker; the flight to Lucknow was delayed by 45 minutes, but ours was on time.

In the haze, IndiGo, Spice Jet, Vistara flights had landed and taken off. Patna is a small airport and it is a short walk from the boarding gate to the aircraft. Deplaning passengers just walk to the baggage arrival hall, but passengers are taken in a bus to the airplane while boarding.

Wheelchair passengers are wheeled to the aircraft.

Once outside, the wind was icy cold. The staff went about their business with practiced routine, steadfast against the wind.

Inside, secure in our seats, it was a relief to see the plane take off in the encircling swirls of fog. Outside the window, it was as if one was flying through smoke.

With so many incidents of shameful behaviour by passengers on airlines coming to the fore, I would like to compliment the IndiGo crew led by Ms Sonal in-charge of the cabin.

Indian cabin crew, barring a few aberrations, are indeed one of the most efficient professionals one can can encounter.

Last month, a Vistara cabin crew held my 85-year-old’s father’s hand and helped him down the ladder from the aircraft before seating him in a wheelchair at the bottom. After ascending through what seemed like kilometres of fog, we suddenly found ourselves face to face with the sun!

There it was streaming gloriously into the window while below us stretched the blanket of fog which looked like endless miles of froth. We had pierced through it to finally greet the sun.

The bitter winter was behind us; the woollens were quickly bundled in the overhead bins — but don’t we all know that we’ll miss the season once it’s gone and wait for it all over again.