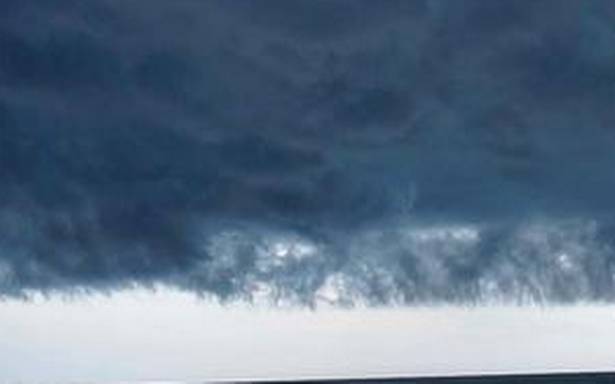 Cyclonic circulation over north interior T.N. cited as cause

The IMD has predicted heavy rainfall at isolated places in Puducherry for the next five days, Collector Purva Garg said on Saturday.

Ms. Garg, in a release, said IMD has issued a warning on a cyclonic circulation lying over north interior Tamil Nadu and added that heavy rainfall is predicted for Puducherry in the coming five days.

The district administration was still in the process of bailing out water from Sankaradass Nagar, which became flooded during the recent rain. Drains at Thengaithittu and Velrampet are being cleared. De-silting of drains on Mahatma Gandhi road is still going on, she added. So far, 82,083 food packets have been distributed, the release said.