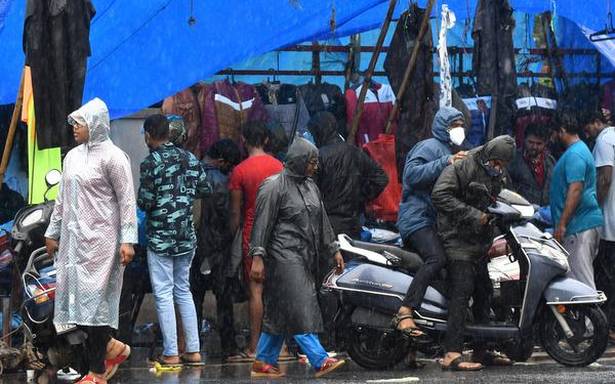 As the low-pressure area over northwest Bay of Bengal persisted, many parts of the State received moderate to heavy rainfall throughout the day on Thursday.

Mogalthur in West Godavari and Malikipuram in East Godavari recovered about 68 mm of rainfall during the same period. Various other mandals in the three districts recorded heavy rainfall.

India Meteorological Department has warned of very likely occurrence of thunderstorm and lightning with heavy to very heavy rainfall at isolated places and moderate rain in most places in the state on Friday.

During the past week, the State recorded 62.9 mm rainfall, which is 102% excess than the normal rainfall, according to IMD.

Municipal Administration Minister Botcha Satyanarayana asked all the municipal commissioners to make field visits and ensure no areas in their local bodies got inundated due to continuous rainfall.