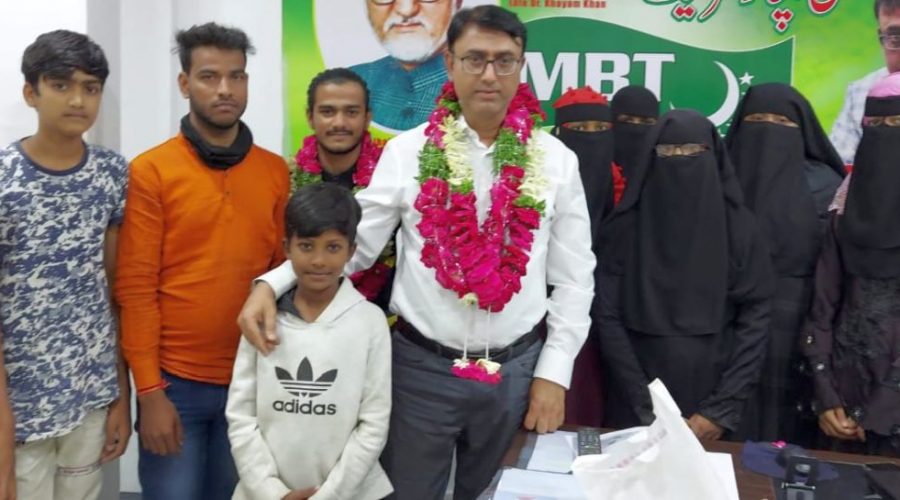 Amjed Ullah Khan, who helped rescue 15 women from Hyderabad, tells Syed Firdaus Ashraf/Rediff.com how women get trapped in an underground slave market that ‘sells’ them to employers who force them to work for less or no pay and often under inhuman conditions.

What would you do if you received a forwarded message on WhatsApp of a woman begging for help and wanting to return to India?

Most of us would simply readthe message and then delete it without giving it a second thought. Maybe, ome of us would forward it to family and friends and then all would be forgotten.

When Amjed Ullah Khan of the Majlis Bachao Tehreek Party received one such message, showing a woman in Dubai pleading for help, he dug into the source of the video, traced her and helped her return home.

Surprised? But that’s not the end — Amjed’s efforts to trace this one woman helped him uncover 15 other young women from Hyderabad who had been trafficked to Dubai and other Middle-Eastern countries as part of a modern-day slave trade in the last six months.

“The girl in the video was crying profusely and kept saying she was trapped in Dubai,” recalls Amjed. “She said she had been duped by her agent and wanted to return to Hyderabad.”

Amjed carried out his own investigation when he received the message, which led him to an agent — called Haji — who had lured the young woman through other sub-agents, who had sent her to Dubai.

On further digging into the matter he discovered that the woman in question was sent to Dubai illegally as a maid on the promise of a salary of Rs 40,000.

In Dubai, she found out that she would be paid only Rs 8,000 per month. Worse, she was made to work tirelessly till 2 am for a large Arab family.

Acting on his investigation, Amjed alerted the Hyderabad police and also wrote to the external affairs ministry and the Indian consulate in Dubai.

The authorities sprung into action and the girl was successfully rescued and brought back to Hyderabad. The news spread like wildfire and soon other families whose daughters or sisters were trapped in the Middle East approached Amjed for help.

And within a month he found out that two dozen women from Hyderabad had been trafficked to Dubai or other countries in the last six months.

According to Amjed’s investigations, the racket spread from the small gullies of Hyderabad to agents sitting in Ajman, Abu Dhabi.

The main agents appointed two-three women who would scour the Hyderabad slums for poor women in need of money.

These ‘scouts’ would befriend the gullible women and pay them Rs 10,000 upfront to win their trust.

After this, the women were lured to the Middle East with promises of jobs that paid them Rs 40,000 a month.

Many women agreed to escape their bad financial conditions without knowing that they were falling into a trap. The ‘scouts’ would lie and assure them that if they didn’t like the work they could always return home.

On getting a nod from the women, agents like Haji would arrange the passports and tourist visas for these women.

What happens in Dubai

The agents have their own people in Dubai and Abu Dhabi who are contacted by those who need maids or house help.

The business was profitable for the agents as bringing one woman from Hyderabad to Dubai was a one-time investment of Rs 50,000.

The family in Dubai would pay hefty amount to the agents, but the hired help was paid only Rs 8,000 per month to work in the households of local families.

And even if the woman escaped and went to the local police station they would be handed back to the woman’s ‘Kafeel‘ (sponsor, the same agent).

There are several restrictions for granting housemaid visas to the Middle East.

“But these agents have found a loophole,” says Amjed, “They take these women on a 90-day visa to the Gulf.”

There is a list of registered agents on the ministry of external affairs Web site (https://www.mea.gov.in/ras.htm) to check their antecedents.

But poor people don’t do that.

“If a family (in the UAE or elsewhere in the Persian Gulf) has to call an Indian maid with all the legal paperwork, that would cost them Rs 15 lakh (Rs 1.5 million) for two years. Therefore, they have found this shortcut of hiring cheap maids on tourist visa,” says Amjed.

The local agents who roam around Indian cities looking for gullible women are not registered anywhere.

They simply rent offices on a 11-month lease in shopping complexes in cities like Hyderabad, only to vanish after sending enough women from one place.

The worst part is that even if these agents are caught, the women have no way to prove that they were indeed trapped — which is near impossible as there is no written agreement between both the parties.

Therefore, these agents target illiterate women who are not aware of any procedures.

“The emigration officers at the airport should be on alert and they must use their own judgement to find out how can some women go on a tourist visa for 90 days, which is very long, to the Middle East,” says Amjed.

“The police should also be on vigil,” he adds. “They must track all agents who open a recruiting agency. They must demand accountability from local landlords who give out offices on rent to these fraud agents. They should also be put under the scanner.”

“In Rachakonda (Telangana), the police have sealed the properties of landlords who have given their property on lease to such fraud travel agents. If this rule is applied everywhere, then this could be a big deterrent for fraudsters,” adds Amjed.

And what next for Amjed?

He is already on the task of rescuing another five women who are still missing, as they had been recruited by another agent. 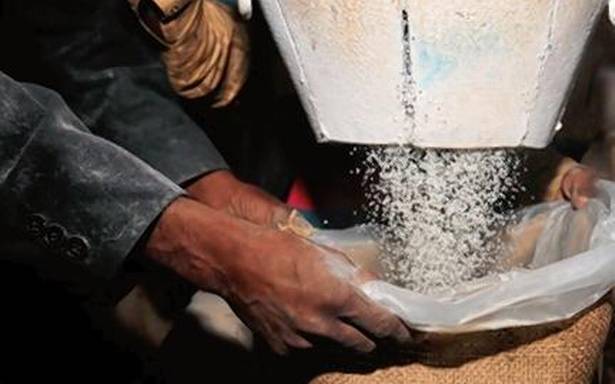