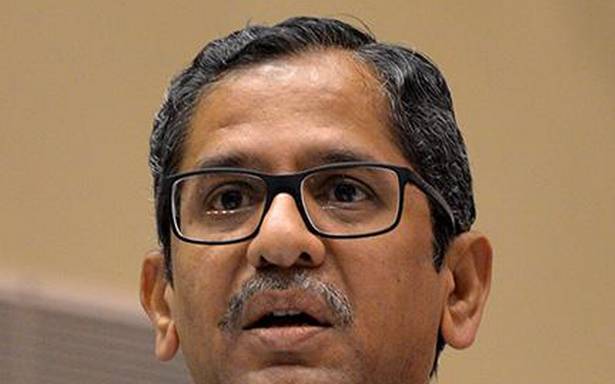 Chief Justice of India N.V. Ramana has written to Law Minister Ravi Shankar Prasad that Chief Justices of High Courts have assured “positive and accelerated action” in the process of filling up vacancies in their respective High Courts.

The CJI, in his letter, said he had impressed on the Chief Justices of High Courts, during an interaction, the “need to expedite the process of sending recommendations through Collegium to fill up the vacancies in the respective High Courts”.

The CJI has also asked the Centre to immediately intervene to strengthen network and connectivity in rural and tribal areas.

In his letter to Mr. Prasad, who is also Minister for Communications and IT, the CJI said his interaction with Chief Justices of High Courts revealed that the digital divide between urban and rural India was adversely impacting the functioning of courts post the pandemic.

The CJI highlighted the need to augment judicial infrastructure with the latest information and communication technology tools to facilitate access to justice during and post pandemic times.

The top judge wrote to the Law Minister that a “blueprint of the proposal to set up the National Judicial Infrastructure Corporation (NJIC) is in the final stages of preparation and will be shared with the Union Government shortly”.

“I am of the firm belief that concerted efforts need to be put in, in order to materialise this concept, in view of the challenges put forth by the pandemic,” Chief Justice wrote.

The CJI also asked the government to take up at the highest level certain issues which include augmenting the vaccination of court staff and their families across the country to facilitate “full-scale functioning” of courts.

The CJI said his interaction with Chief Justices of High Courts also brought to fore the need to recognise court functionaries, including the advocates, as front-line workers for the purpose of providing pandemic-related relief.

The CJI flagged a requirement to provide financial support to advocates, especially juniors, struggling to make both ends meet due to loss of work for more than a year since the onset of pandemic.