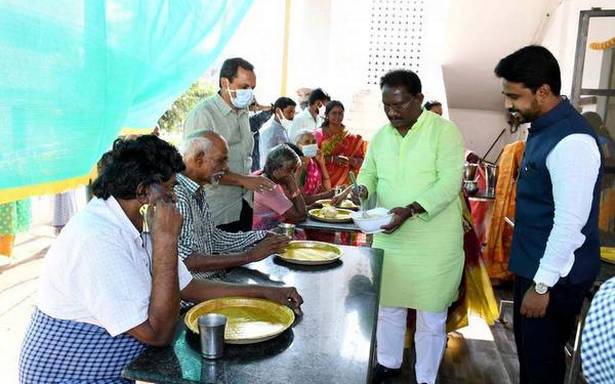 The judge’s family took part in cake cutting and served food to the inmates besides donating them clothes.

Justice Devanand appreciated Mr. Venkatesh and the VMC staff for setting up the old age home and taking care of the senior citizens who required food, shelter and proper care. He said other civic bodies could draw inspiration and set up similar homes for the needy.