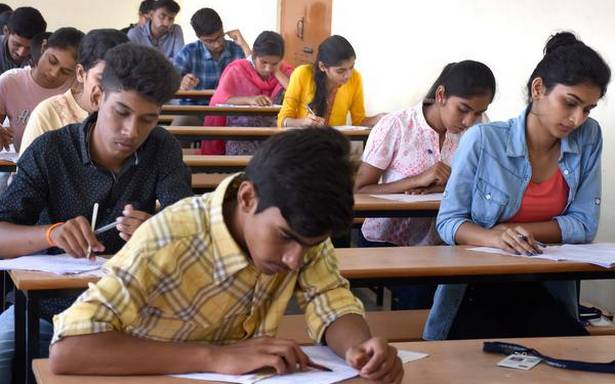 Students have questioned legality of clubbing them with NRIs

The High Court of Karnataka has directed the Karnataka Examinations Authority (KEA) to allow 45 Overseas Citizens of India (OCI) students to register for Common Entrance Test (CET) 2021 for engineering courses and appear for the test during the pendency of their petitions.

Justice Sachin Shankar Magadum passed the interim order on petitions filed by Alekhya Ponnekanti and 21 others from Bengaluru.

“…if the petitioners are not registered with the KEA, they would be put to irreparable loss and it may even take away all their future prospects in their career,” the judge said in the order while stating that court needs to consider arguments advanced on behalf of the petitioners.

The petitioners have questioned the legality of notification issued on March 4, 2021, by the Central government under the Citizenship Act stating that OCI students are entitled to admission to professional courses only under the quota of non-resident Indian (NRI) as OCI card holders are not citizens of India.

They have also questioned the June 14, 2021, notification issued by the KEA inviting applications for CET 2021 as applications have been restricted only to Indian citizens for admission to engineering and architecture courses in government and the private colleges under government and allocated management quota seats.

Merely because the petitioners were born outside India when their parents were working outside India for a temporary period cannot be a ground for denying them the rights conferred under the Citizenship Act, it has been contended in the petitions.

While pointing out that petitioners have domicile in India and have pursued schooling in Karnataka for more than seven years, the petitioners claim to fulfil all eligibility criteria except citizenship.

Advocates Ajoy Kumar Patil and Nitin R., appearing for the petitioners, contended that clubbing of OCI cardholders with NRIs is contrary to the law declared by the High Court, which in 2020 had declared that OCI cardholders, who are residents of India, cannot be included in the definition of NRIs.

Additional General Dhyan Chinnappa contended on behalf of the government that the High Court’s 2020 judgment is not applicable now as that judgment was based on a 2009 notification issued under the Citizenship Act, but the present admission norms are based on the March 4, 2021 notification issued by the Central government under the Citizenship Act.