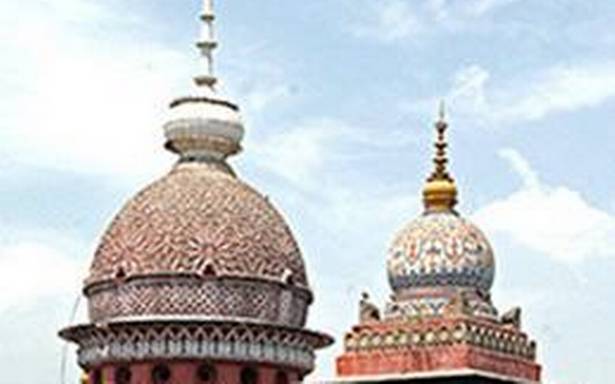 The Madras High Court on Wednesday termed as “completely unacceptable” a decision taken by the State government in August last year to cancel the arrear examinations of all arts and science, engineering and MCA students, except those pursuing final year or final semester of their course, by citing the spread of COVID-19 and letting them clear the arrear papers solely on the basis of internal assessment and their past performance.

Chief Justice Sanjib Banerjee and Justice Senthilkumar Ramamoorthy also held that though the State government had claimed that the decision was taken as per University Grants Commission (UGC) norms, the Commission had come on record before the court to state that its guidelines do not authorise the decision taken by the government to permit the students to clear arrear examinations by just paying the requisite exam fees.

“It is inconceivable that a whole mass of students will be certified to have qualified in a system without having basic knowledge in respect of key aspects thereof. What appears to have been done by the State was to treat all those who wanted to re-write their exams as deemed to have passed without conducting any form of test or evaluation. The UGC guidelines did not provide for such a scenario nor it is acceptable to the court,” the judges wrote in their interim order.

When Advocate-General Vijay Narayan contended that the evaluation system adopted to award marks for the arrears was actually in accordance with UGC guidelines, the judges ordered that details regarding the methodology adopted by each university in the State, the number of students who had applied for clearing arrear examinations and the number of students who had been declared pass must be submitted in court by April 15.

“The fullest particulars should be disclosed by the State on a university-to-university basis and, if possible, on a college-to-college basis, indicating the number of students who had applied for each course to re-write their examination and the number of students who were found to have qualified upon any process of evaluation being undertaken,” the judges observed. The judges adjourned a couple of cases, filed against the government’s decision, by a week.

In the meantime, the court directed the State government and the UGC to put their heads together and come up with suggestions on any ameliorative measures that can be taken by way of an examination or some other method.

“There is no doubt that lakhs of students, who had thought that they had cleared the particular course after writing their final semester, may have to be held back because they did not clear previous papers; but, at the same time, unqualified persons cannot be certified to have qualified to pursue professional courses or even higher studies. The UGC and the State should indicate what would serve the interests of the relevant students the best, without compromising the sanctity of the system, notwithstanding the pandemic,” the Bench said.

Earlier, the A-G, assisted by Special Government Pleader E. Manoharan, informed the court that though the government order issued in August 2020 applied to engineering courses too, it was not implemented for those courses because Anna University refused to implement it. The All India Council for Technical Education (AICTE), too, was not in favour of cancelling the conduct of arrear examinations. Therefore, the G.O. was implemented only with respect to arts and science colleges in the State and not with respect to medical, engineering, polytechnic, law, agriculture and teacher education. After an interim order passed by the court last year, in the present batch of cases, to not declare results without conducting examinations on either online or offline mode, many arts and science universities conducted supplementary examinations for improving the marks in the arrear papers and several lakh students took those examinations, he informed the court.