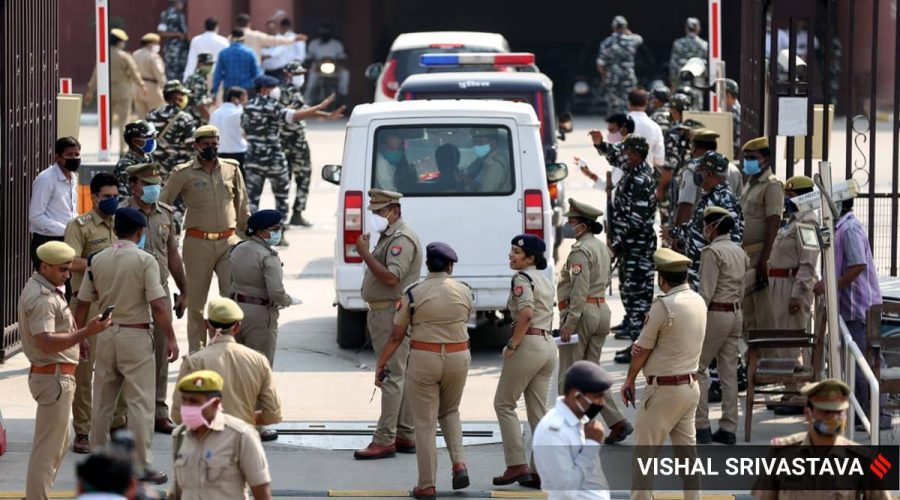 The case registered at Chandpa police station of Hathras on October 4 relates with alleged conspiracy to instigate riots along caste lines and defame the state government over the alleged rape, and murder, of the 19-year-old Dalit woman. 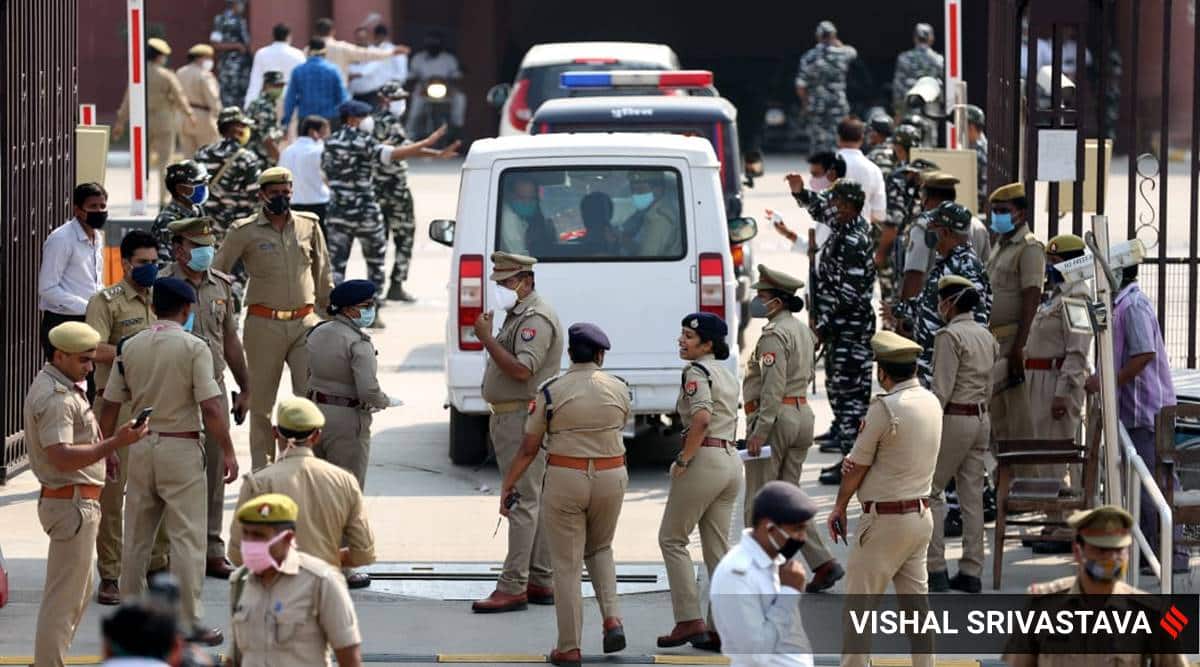 DAYS after Mathura police arrested a journalist from Kerala and three members of the Campus Front of India (CFI) on charges of Unlawful Activities (Prevention) Act, among others, while they were on way to meet the Hathras victim’s family, Hathras police have now named them in a case lodged a day earlier on sedition and other serious charges.

The case registered at Chandpa police station of Hathras on October 4 relates with alleged conspiracy to instigate riots along caste lines and defame the state government over the alleged rape, and murder, of the 19-year-old Dalit woman.

According to Hathras police, their investigation found that the four arrested from Mathura – journalist Siddique Kappan (41), and CFI members Atiq-ur-Rahman (25), Masood Ahmed (26) and Alam (26) – were allegedly involved in the earlier case. The four are at present lodged in Mathura jail.

The CFI is the students’ wing of the radical Popular Front of India.

Hathras SP Vineet Jaiswal said a local court has issued warrant B (warrant for production) against all four, asking them to appear before the court.

The court issued the order on the basis of a report filed by investigating officer of the case lodged by Chandpa police. “We have served production warrant of all four persons to Mathura jail authorities. The case is related to conspiracy to instigate riots,” Chandpa SHO Laxman Singh, investigating officer in the case, said.

Meanwhile, Muzaffarnagar police have booked Atiq-ur-Rahman in a case of violence that occurred during the anti-CAA protests in Kotwali area of the district in December 2019. Rahman is resident of Muzaffarnagar.

Both developments took place over Thursday and Friday.

On October 5, Mathura police detained the four men at Maant toll plaza. A day later, they were booked for allegedly being part of large conspiracy behind their visit to Hathras. They were booked under charges including UAPA, and IPC 124-A (sedition), 153-A (promoting enmity between different groups on ground of religion, race, etc) and 295-A (deliberate and malicious acts intended to outrage religious feelings).

A case was lodged against them at Maant police station in Mathura.

In the meantime, Hathras police, while probing into a case lodged against unidentified persons at Chandpa police station, found alleged role of Kappan, Atiq-ur-Rahman, Masood Ahmed and Alam in the case. The FIR in Hathras has invoked charges under IPC Sections 153-A, 124-A, 153-B (imputations, assertions prejudicial to national integration) and 420 (cheating).

At the same time, Muzaffarnagar police also moved court and obtained production warrant against Rehman in the case of violence during anti-CAA protests last year.

Inspector Vijay Kumar Singh, who is part of the SIT probing cases filed during anti-CAA protests in Muzaffarnagar, said: “While probing into the violence on December 20 (last year) in Kotwali area, we found Atiq-ur-Rehman was present at the spot and had arranged funding for the violence. The case is lodged on various charges, including attempt to murder. We were looking for Rahman in the case and then learnt about his arrest (by Mathura police).”

A jail official said, “We have received production warrant of both cases against the accused.”