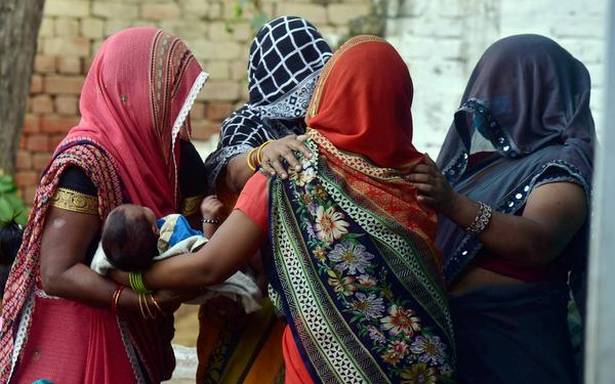 ‘Right now, there is no plan to meet the Chief Minister. But if a meeting is arranged, we will put our grievances in front of him,’ says victim’s brother

The family of the Dalit girl who was allegedly gang-raped and brutally assaulted by four upper caste men left for Lucknow in the early hours of Monday to appear before the Lucknow Bench of the Allahabad High Court.

The five members are being escorted by Sub-Divisional Magistrate Anjali Gangwar and Circle Officer Shailendra Bajpayee in an SUV.

The Hathras District Magistrate and Superintendent of Police are also part of the six-vehicle convoy.

On whether the family would also meet higher officials in Lucknow, Ms. Gangwar told reporters in Boolgarhi village that the plan was to go straight to the court. “If there is any change, we would let you know,” she said.

“Right now, there is no plan to meet the Chief Minister. But if a meeting is arranged, we will put our grievances in front of him,” said the victim’s young brother. “Our aim is to seek justice for the victim,” he added. The family members had earlier refused to travel at night.

The Allahabad High Court has taken suo motu cognisance of the case. The case is listed before a Division Bench of Justices Pankaj Mittal and Ranjan Roy at 2.15 p.m.