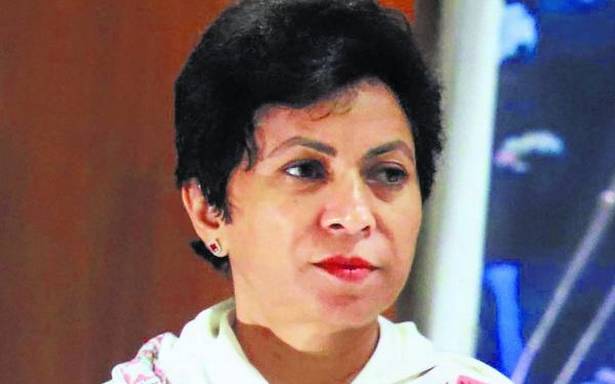 Amid shortage of oxygen and vaccines, patients being overcharged in private hospitals, says party.

Amid a rapid surge in COVID-19 cases in Haryana, the Congress party accused the ruling Bharatiya Janata Party (BJP)-Jannayak Janta Party (JJP) government of failing to manage the crisis, with health services infrastructure in the State on the verge of collapse.

At a party meeting on Saturday through videoconferencing, attended by Haryana Congress in-charge Vivek Bansal, State party chief Kumari Selja, Congress national general secretary Randeep Singh Surjewala and Rajya Sabha MP and special invitee member of Congress Working Committee Deepender Singh Hooda, among others, it was pointed out that black marketing of essential medicines was rampant in Haryana, and COVID-19 patients were being charged huge amounts in private hospitals.

Mr. Bansal alleged that even though a year had passed battling the pandemic, the State government had failed to prepare, due to which people were suffering badly.

Ms. Selja said that there were continuous reports of shortage of oxygen in the State. “Along with oxygen, reports of shortage of beds, ventilators and medicines in the State’s hospitals are also appearing. Black marketing of medicines is taking place. Huge amount is being charged from patients in private hospitals. Many patients have lost their lives due to a lack of proper treatment and oxygen,” she said.

She added that vaccination was a major weapon in defeating the coronavirus but while the Central government had started the vaccination programme for the 18-44 years age group, it had not begun in many districts in Haryana due to non-availability of vaccines. “Vaccination work is suspended at most centres. What could be a better example of the government’s failure in this era of epidemic?” she asked.

Ms. Selja said that “corona relief committees” had been constituted by the Congress to assist patients at the State and district levels. “Congress party leaders and workers are helping corona patients, but the administration and the government are not supporting Congress party workers in helping people,” she said.