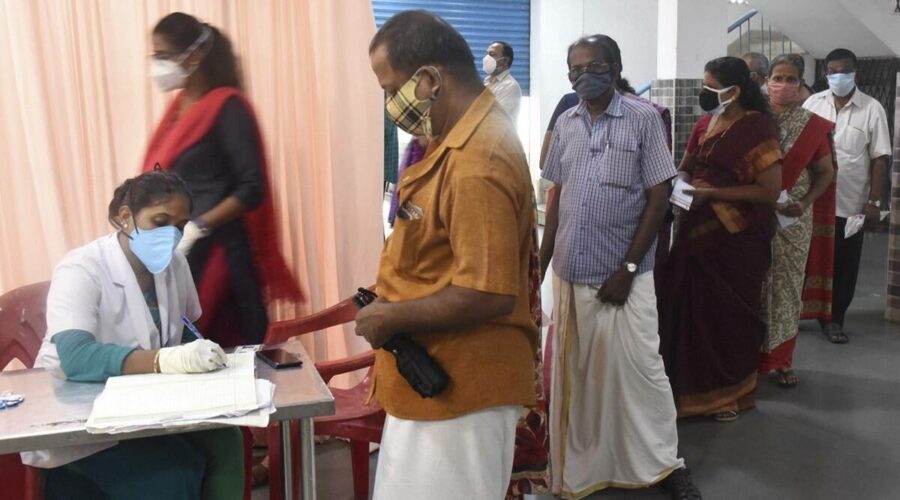 The state has so far administered 2.45 crore doses, out of which there were 1.77 crore first jabs and 67 lakh second jabs. Kerala on Monday announced that half of its projected population for 2021 has been administered one dose of Covid-19 vaccine.

State Health Minister Veena George said a total of 1,77,88,931 (1.77 crore) people in the state had been given the first jab as of Monday. This amounts to 50.25% of the state’s projected population of 3.54 crore. The milestone was reached in 213 days since vaccination in the state began on January 16 this year.

“I especially congratulate all the health workers, officials, public representatives and volunteers who set aside their leaves and holidays to take part in the vaccination campaign,” the health minister said in a statement.

The state has so far administered 2.45 crore doses, out of which there were 1.77 crore first jabs and 67 lakh second jabs. A total of 61.98 per cent of the eligible beneficiaries above the age of 18 have been given the first dose and 23.43 per cent are fully vaccinated with both doses.

The state’s vaccination coverage is better than the national average, claimed George.

The state carried out a mega-vaccination campaign in the last one week during which 27.61 lakh people were inoculated.

Wayanad became the first district in the state to have its entire eligible population above 18 vaccinated with at least one dose.