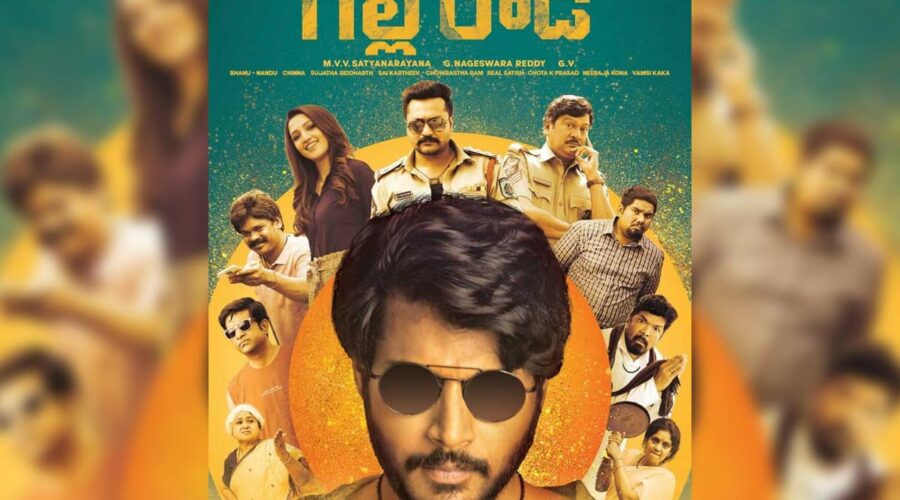 Story: Vasu (Sundeep Kishan) belongs to a rowdy family and he wants to  fulfill his grandfather’s wish by helping out a professional rowdy with a land issue. Vasu faces a tough challenge in safeguarding Venkat Rao ( Rajendra Prasad) property from a local criminal cop Raghu Naik( Bobby Simha). When dealing with the land issue, Vasu falls in love with Venkata Rao’s daughter Sahitya (Neha Shetty). What  happens next?  Form rest of the story of Gully Rowdy.

Performance:  Sundeep Kishan pulled off the role effortlessly. He comes up with fantastic performance and his expression and body language are appreciable. Bobby Simha is decent in his role   Neha Shetty handles her character well. All the actors in Gully Rowdy have done full justice to their respective roles. The movie  is lifted by the brilliant performance  of Rajendra Prasad, Viva Harsha, Posani Krishna Murali and Vennela Kishore.

Technical: The kidnapping comedy in the first half is showcased well.  The cinematography work is highlighted, he captured the visual in splendid manner.  The BGM and songs are okay. The Production value is good.  The screenplay is not so good and the editing is bad in the second half as the climax is dragged. Coming to the work of the director G Nageshwar Reddy, he fails to generate drama and drags the scenes.