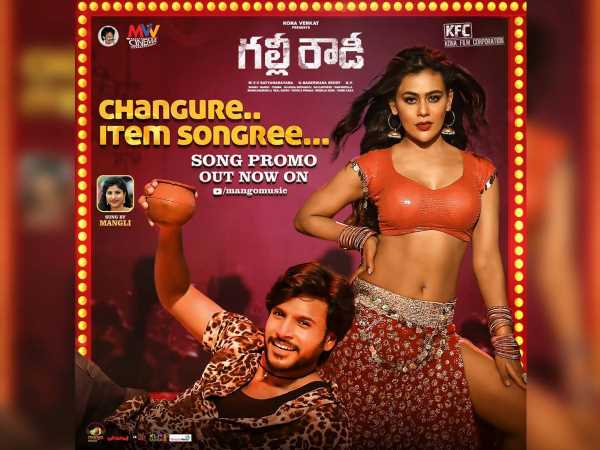 Sundeep Kishan is currently working  for an upcoming film Gully Rowdy, which is helmed by G Nageshwar Reddy and is backed by MVV Satyanarayana and Kona Venkat under MVV Cinema and Kona Film Corporation banners.   Neha Shetty is playing the female lead. Apart from the lead pair, the Gully Rowdy features Bobby Simha, Rajendra Prasad, Vennela Kishore and Viva Harsha in pivotal roles.  Today the makers of Gully Rowdy released the  video promo of Laayi Lappa,  which is a foot-tapping special number .  Laayi Lappa is an energetic song which is set in the backdrop of a club and it is crooned by Mangli, Sai Kartheek, Dattu.

The lyrics are penned by Bhaskarabhatla and is choreographed by Prem Rakshith Master. Sai Kartheek has scored the music.

The recently released teaser of  Sundeep Kishan and Neha Shetty starrer Gully Rowdy introduced the lead actor as an aspiring rowdy who has good support from his father.

Meanwhile Sundeep Kishan was last seen playing the lead role in sport based drama A1 Express. Starring Lavanya Tripathi as the female lead, the movie deals with the present condition of Hockey in the country and how crony capitalists,  the corruption and the negligence have deprived the sport of funding and public appreciation.