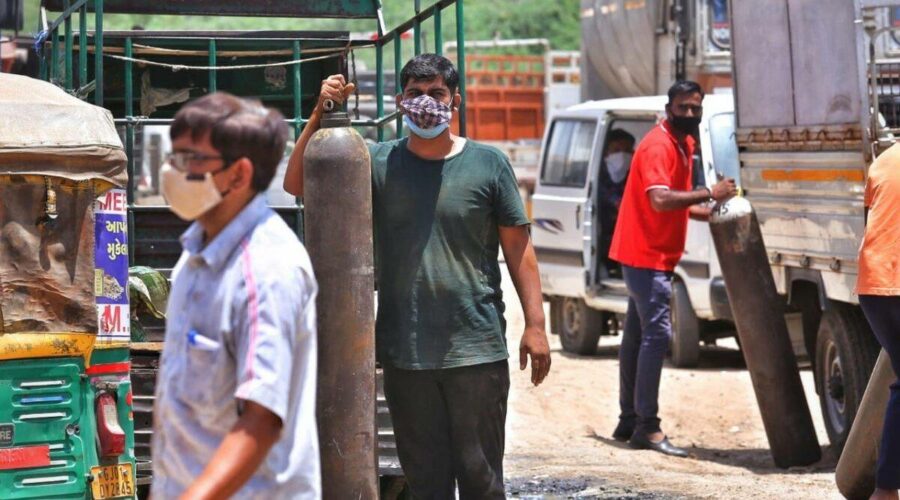 Satish Chaudhary’s hopes of getting an oxygen bed, however, were dashed as the state-run NCH and the civic body’s SMIMER hospital had stopped new admissions of from Wednesday citing low oxygen supply. 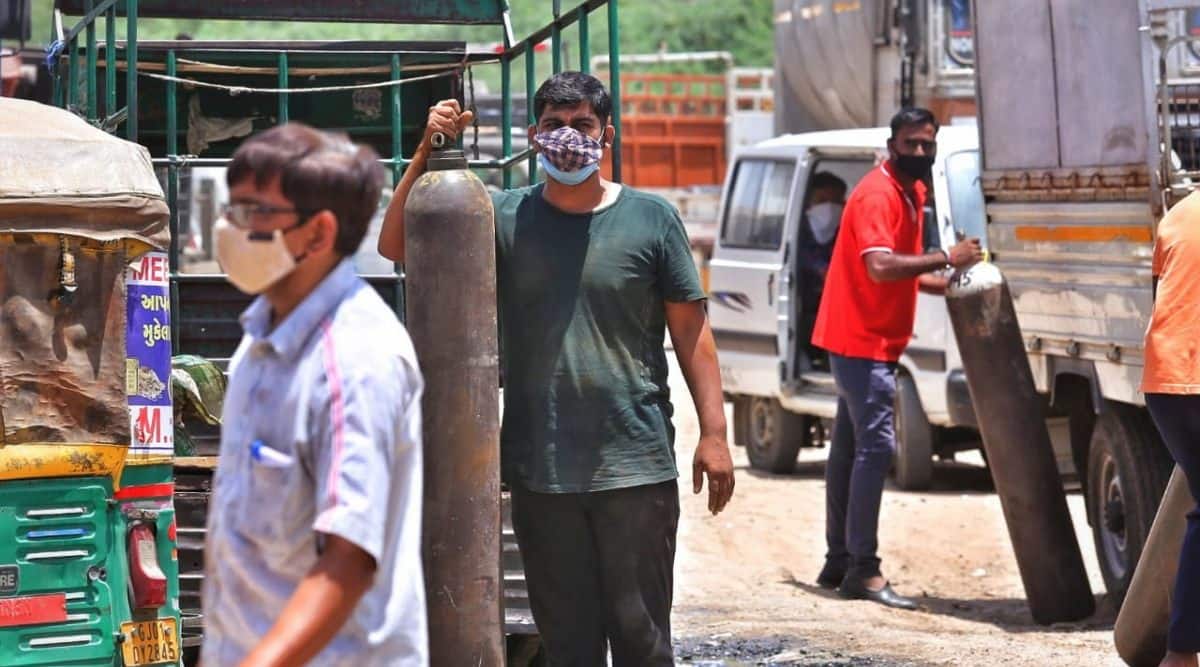 A 35-year-old Covid-19 patient from the tribal-dominated Palwada village of Surat district was rushed to the New Civil Hospital (NCH) in Surat city, some 60 kilometres away, after his oxygen saturation had shown a continuous decline. Satish Chaudhary’s hopes of getting an oxygen bed, however, were dashed as the state-run NCH and the civic body’s SMIMER hospital had stopped new admissions of from Wednesday citing low oxygen supply.

Jeni Narsinh Vasava (75), a resident of Gangapara village inthe tribal Narmada district, was luckier. She got discharged from a Covid hospital on NCH campus, where she was admitted since April 23, after recovering fully from the infection. She was brought here in a critical condition on oxygen support in a ‘108’ ambulance from Sagbara government hospital after a more than four-hour-long journey.

The NCH has been flooded with Covid-19 patients from as far as Bharuch, Narmada, Tapi and Dang districts.

On Wednesday, Vasava told The Indian Express that this was her second life. “When I was brought to Surat from Sagbara, my condition was serious and I thought that now I will not survive. It was a difficult situation but somehow, I fought and got cured. We travelled around 140 kilometres to reach Surat. We don’t have any good hospital in our districts or neighbouring ones, so we came directly to Surat,” she said.

Supervisor of 108 services, Roshan Shah, said, “Today (Wednesday) we got at least 100 calls till 3 pm for shifting of patients from private hospitals to NCH or SMIMER. We did not take such calls, as we have been intimated by both the authorities that admissions to both hospitals have been restricted. On average we get around 300 calls of which around 200 are related to Covid patients in Surat city.”

04/29/2021 India Comments Off on Gujarat: For those from tribal districts, long journey to get to oxygen beds
India