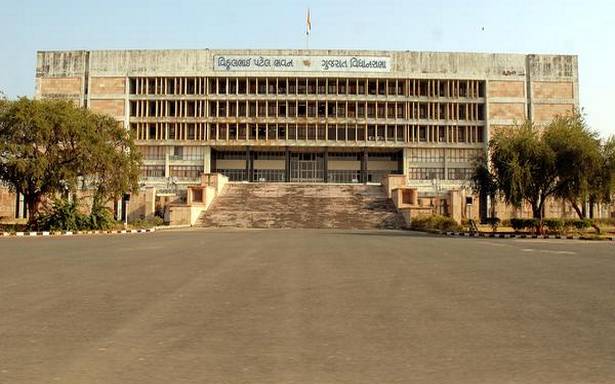 The Gujarat Assembly on Thursday passed the Freedom of Religion Act, 2003 amendment Bill that seeks to penalise forcible or fraudulent religious conversion by marriage or “love jihad”, bringing in stringent provisions against forcible conversion through marriage or allurement.

The Bill has provisions for 3-10 years in jail and a fine of up to ₹5 lakh if the accused is found guilty.

The Bill amends a 2003 Act, and seeks to curb the “emerging trend in which women are lured to marriage for the purpose of religious conversion” as per its “statement of object.” The Gujarat Freedom of Religion Act, 2003, deals with religious conversion “through allurement, force or by misrepresentation or by any other fraudulent means”.

The Gujarat amendment Bill says it is necessary to prohibit “forcible conversion by marriage or by getting a person married or by aiding a person to get married”, and hence the amendment is being carried out in the law.

Piloting the amendment Bill in the house, Gujarat’s Minister of State for Home Pradipsinh Jadeja said “the amendment was required to stop people from luring Hindu girls into marriage with the intention of religious conversion” and added that “there is international finance being channelised to lure Hindu girls into marriage and then their conversion.”

During the marathon debate on the Bill, Congress legislator Imran Khedavala, while opposing the amendment, tore the copy of the Bill and subsequently apologised for it.

Gujarat’s Deputy CM Nitin Patel contended that the amendment was not to target any specific community and if Hindu boys forced girls of other communities, they would also face the same law and rules.

As per the provisions of the Bill, “Forcible conversion by marriage or by getting a person married” shall invite imprisonment of 3-5 years and up to ₹2 lakh fine.

If the victim is a minor, a woman, a Dalit or tribal, then the offenders may be punished with a jail term of 4-7 years and a fine of not less than ₹3 lakh.

If any organisation is found violating the law, the person in-charge can be sentenced to between three years and 10 years in jail and a fine of up to ₹5 lakh can be imposed.

Additionally, marriages solemnised for the purpose of such conversion will be declared void and the burden of proof shall lie on the accused.

Parents, siblings or any other person related by blood, marriage or adoption to the victim can lodge the complaint and the offences shall be non-bailable.