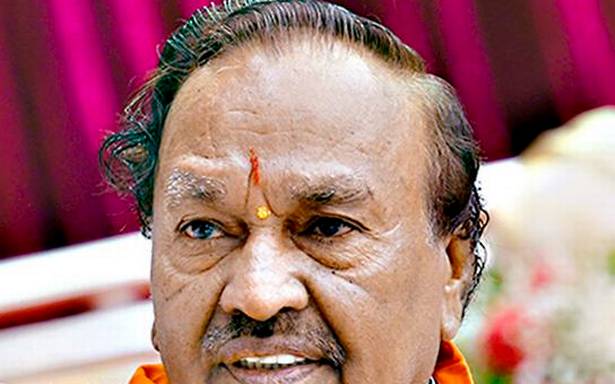 State’s allocation for scheme to be up by ₹400 cr. this year

The Centre has approved the State Government’s request to increase the guaranteed man-days of work for a family under the Mahatma Gandhi National Rural Employment Guarantee Act (MGNREGA) scheme from 100 to 150, said Minister for Rural Development and Panchayat Raj K.S. Eshwarappa on Saturday. This will increase the State’s allocation for the MGNREGA scheme by ₹400 crore this year.

Mr. Eshwarappa, who was in Mysuru heading a team of BJP leaders as part of the Jan Swaraj Yatra, said the State Government last month urged Union Rural Development Minister Giriraj Singh during the latter’s visit to the State to increase the guaranteed days of work. Three days ago, the State received an order from the Centre, Mr. Eshwarappa said.

The MGNREGA scheme has become very useful for not only a large number small and marginal farmers owning less than 5 acres of land, but also to maintain and expand public resources such as lakes and kalyanis, Mr. Eshwarappa said.