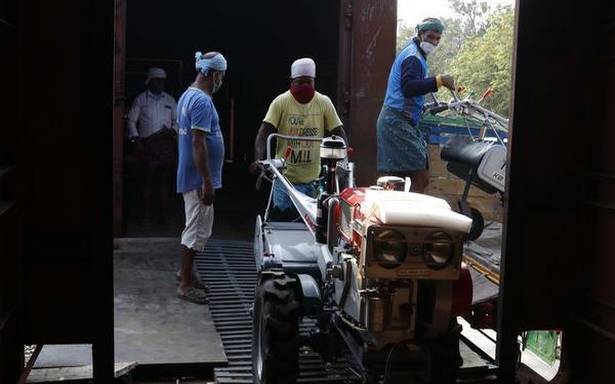 Any reforms or rate changes under the Goods and Services Tax regime, including the much-anticipated discussion between the Centre and the States on high fuel taxes, may have to wait till the end of May or June, as the GST Council is not expected to meet before the ongoing assembly elections conclude and new governments take charge in those five States.

“Five States are going for polls, and they are important States,” said Economic Affairs and Revenue Secretary Tarun Bajaj. “Their participation is very essential in the GST Council,” he added.

The council, chaired by Finance Minister Nirmala Sitharaman, has not met since October, when the issue of raising GST compensation for the States was discussed in light of the hit on revenues due to the pandemic and the lockdown.

On the ₹63,000 crore of outstanding dues to States on account of GST compensation for 2020-21, Mr. Bajaj said it was too early to speak on the specifics but all dues would be paid.

“A decision has already been taken that July 2022 onwards, whatever is left out, the compensation cess will continue till it is paid. It is a good thing in a way, because from July 2022, when the 14% revenue growth promise will go away, then some States’ revenue may fall steeply. The fall may not be so steep because of this; it will help them,” he added.

The Centre will assess how long the compensation cess is to be levied beyond June 2022 in order to pay States’ outstanding GST dues and repay the ₹1.1 lakh crore borrowed in FY21 to bridge the gap between dues and compensation cess receipts.