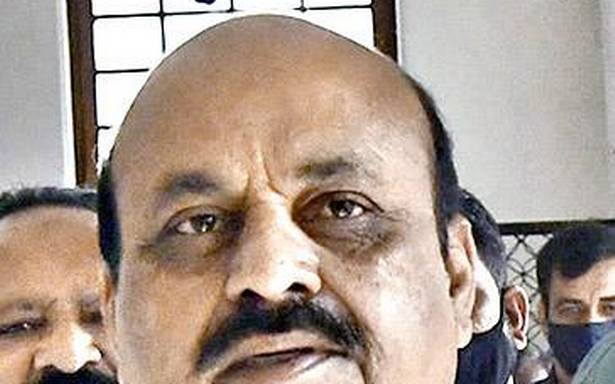 Home Minister Basavaraj Bommai, who chaired the Karnataka Police Flag Day on Friday, announced that the government will set up a Forensic Science Laboratory (FSL) in every district of Karnataka to aid investigations.

“Presently, FSL facility is available only in Bengaluru, which is over-stressed. There is a long queue for forensic examinations, often frustrating probes. An FSL in every district will be a shot in the arm for investigations in the State,” he said.

He said the department is also considering providing college-going female students self-defence training. “Our girls need to be trained to defend themselves. We are planning to rope in experienced officers and start a programme to train them,” he said.

Indirectly referring to criticism over the probe into the alleged “sex for favours” scandal involving former Minister Ramesh Jarkhioli, the Home Minister said the police force had done an excellent job in combating the pandemic and controlling the narcotics menace in the State. “Such criticism is common in professional life, we need to take it in our stride and not be bogged down by it,” he said.

Chief Minister B.S. Yediyurappa, who was the chief guest at the event, said the State government was committed to not only modernisation of the force but also welfare of the force’s personnel. “The government has released ₹100 crore of the allotted ₹200 crore for health insurance scheme of police personnel,” he said., even as we have approved a programme of ₹1034 crore for police housing and works had already begun,” he said adding the government had also set aside ₹200 crore for 100 police stations in the state to acquire a building of their own over the next five years. He advised the personnel not to lose patience while interacting with the public, he said