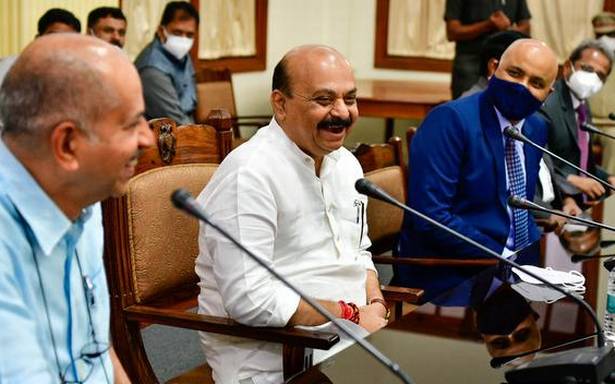 Those who don’t understand history will not be able to create history, says CM

The State Government plans to publish books on places of cultural and historical importance like Dharwad, Chief Minister Basavaraj Bommai said in Dharwad on Sunday. Among other things, such books will help combat the tendency to twist historical facts, he said.

“Such books will be brought out on several towns and cities in the State. Funds will be allocated towards this project in the coming budget,” the Chief Minister said after inaugurating Channaveeragouda Anna Patil Memorial Trust at the Patil Puttappa Hall, Karnataka Vidyavardhak Sangha (KVS). He said that the work of documenting the cultural history of Dharwad will be given to KVS.

“We all know that those who don’t understand history will not be able to create history. To see that the next generations know about the history of our State, we will take up this grand project,” he added.

He said that KVS was an institution of great importance as it had played a major role in the establishment of the Kannada Sahitya Parishat and also in Karnataka unification.

Patil Puttappa who served as the chairman of KVS for 25 years has contributed greatly to the State. A memorial to him will be built in his native village of Halageri near Ranebennur, the Chief Minister announced.

“Channaveeragouda Anna Patil was a civil engineer during the British rule. He was involved in the construction of several landmark buildings, including the Lingayat Town Hall, Veerashaiva Mahasabha and the establishment of Karnataka Central Cooperative Bank. We should recall the contribution of such people. We need to document history objectively,’’ he said.

He said that the State Government will focus on the overall development of Hubballi-Dharwad. The industrial area in Dharwad will be an important nodal point on the Chennai-Mumbai industrial corridor. The State Cabinet has decided to contribute ₹849 crore to the Belagavi-Dharwad-Hubballi direct railway line, he said. “I am the son of Dharwad soil. I will work for its betterment,” he said.

Textile Minister Shankar Patil Munenakoppa released a book on Channaveeragouda Anna Patil. He said that the Chief Minister will soon launch the work of widening the Dharwad bypass road.

01/02/2022 India Comments Off on Govt. to publish books on places of cultural, historical importance
India