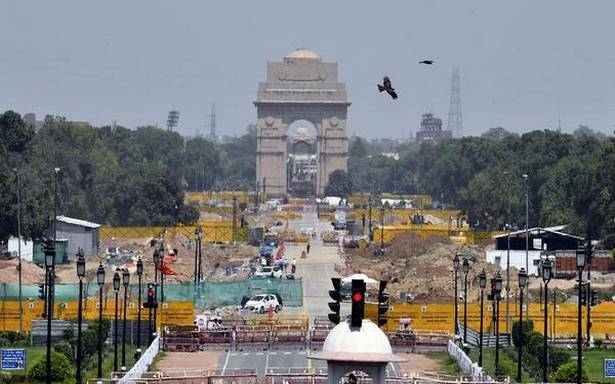 The government on Tuesday set in motion its plan to construct a new residence for the Vice-President by inviting pre-qualification bids for the proposed Vice-President’s Enclave next to North Block and Rashtrapati Bhavan at an estimated cost of ₹192 crore.

As a part of the larger Central Vista redevelopment project, the Central Public Works Department (CPWD) invited potential bidders for pre-qualification till August 31. The project was estimated to take 10 months and ₹192 crore, according to the pre-qualification bid document.

The CPWD document said, “The proposed Vice President Enclave shall be constructed in plot of L&M Block adjacent to existing North Block, New Delhi. The existing temporary/permanent/semi-permanent structure of L&M Block shall be dismantled before start of new construction. The site is located in high security premises of North Block & Rashtrapati Bhawan. The proposed Vice President Enclave shall be of reinforced cement concrete framed structure building. The existing offices of North Block shall continue to function during the entire period of execution of this project, therefore utmost care is required to minimise construction noise, dust free area and other construction activity related issues.”

The bid document said the contractor would have to set up labour camps and provide for transportation of workers to and fro from the site in three shifts. Stringent access control measures for entry and exit of workers, material and equipment would have to be implemented due to the “high degree of security concerns at the site and the work itself”, the CPWD said.

As it did for the Parliament construction project, the CPWD split the bid into two stages. After the potential bidders are short-listed in the pre-qualification stage, they will be invited to submit technical and financial bids.

Meanwhile, another project under the Central Vista revamp has seen further delays. The bids for construction of three buildings of the Central Secretariat were supposed to be opened on Monday, but was pushed to September 4, the fifth such postponement since the tender was floated on June 2.