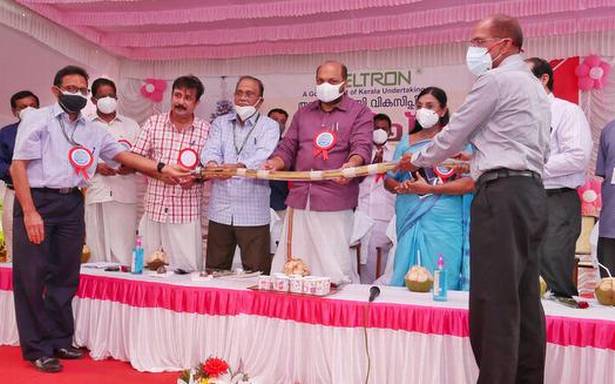 He was speaking at a function organised to hand over Mareech, an advanced anti-torpedo decoy system manufactured by Kerala State Electronics Development Corporation Ltd. (KELTRON) at Aroor in Alappuzha on Saturday.

Keltron produced the system using the technology developed by the Naval Physical and Oceanographic Laboratory (NPOL) under the Defence Research and Development Organisation (DRDO).

Mr. Rajeeve said the government would establish the electronics hub centred on Keltron.

“The State government is implementing various projects to strengthen the public sector. We are in the process of examining the master plans of public sector companies, including Keltron. Further steps will be taken in a timebound manner,” the Minister said.

N.Narayanamoorthy, Chairman and Managing Director, Keltron, handed over a prototype of the system to NPOL Director S. Vijayan Pillai. Mareech is capable of detecting, locating, and neutralising incoming torpedoes.