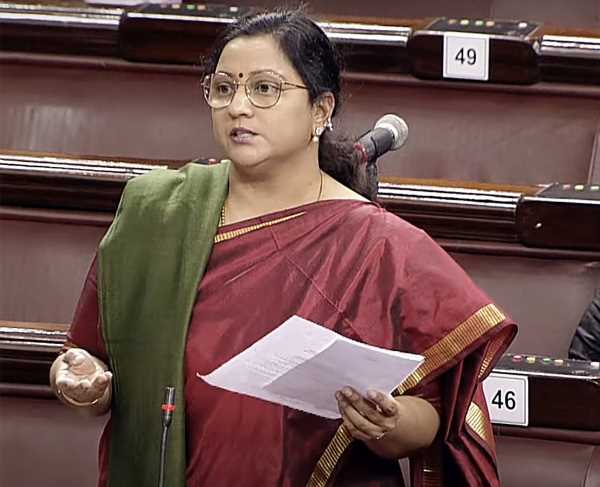 ‘We walked into the well of the House because we had no choice.’
‘They were not listening to us. They were throttling democracy.’ The government is on a suspension spree in Parliament.

On Wednesday, another Rajya Sabha MP was suspended.

“The Opposition is fighting for the people. Price rise affects both you and me,” Dr Kanimozhi Nvn Somu, the Dravida Munnetra Kazagham Rajya Sabha MP who was one of the 19 members suspended, tells Rediff.com‘s A Ganesh Nadar.

What happened in the Rajya Sabha that you were suspended for a week?

We have given notice under 267 to adjourn all other items and take up the issue of price rise.

We agree that all issues are important, but price rise is more important as it affects the common man.

In the second week of the session, (Commerce) Minister Piyush Goyal said Finance Minister Nirmala Sitharaman has Covid and they will discuss it after she recovers. They could have told us this on day one.

We also objected to GST on milk and curds.

We walked into the well of the House because we had no choice. They were not listening to us. They were throttling democracy. Is this the first time that you have been suspended from the House?

Yes! This is the first time I have been suspended.

I became an MP in September 2021. This is the third session of Parliament that I am attending. I have never been suspended earlier.

The government said, ‘We will have a discussion on price rise when Mrs Sitharaman recovers from Covid. What is wrong with that?

Nothing wrong with that, but they told us that after 8 days.

Our suspension will be over this week. We are hoping they will discuss it on Monday (August 1).

We have to decide what is more important: The government or the people. We are accountable to the people.

All bills are important. Prioritisation is important.

What is more important? Price rise affects the common man.

We are here to represent the people. That is what we are trying to do.

Will you change your conduct in Parliament because of this suspension?

Why should I? We will do what is required for the people.

The Opposition is fighting for the people. Price rise affects both you and me. 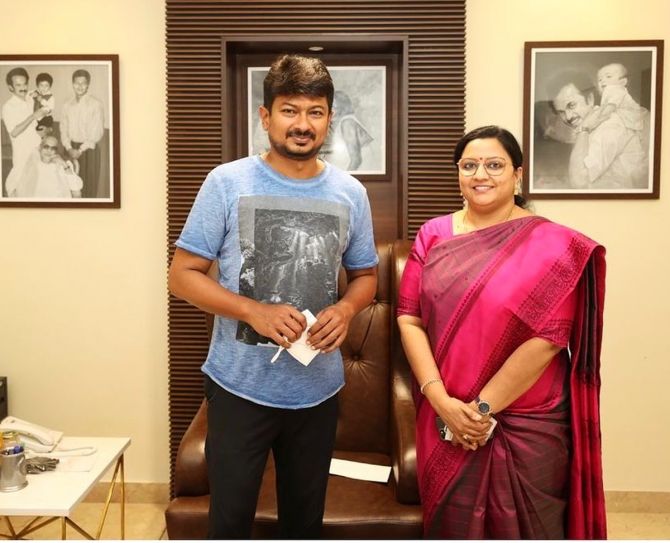 What is next in your agitation against price rise and GST on additional items?

As of now, all Opposition leaders have decided that we will discuss price rise in Parliament.

We will wait to see what the government is going to do about price rise. After that, we will decide what to do next.

Is it difficult to work for the people when you are an Opposition MP?

This problem is always there for the Opposition parties. You have to face the government and the people.

When you are in the ruling party, you have to answer only your critics.

What do you hope to achieve in the Rajya Sabha for the people and for your party?

We would like to take up all issues that affect my people in Tamil Nadu.

What the Opposition leaders are saying is 100% true.

Whether it was the last session of Parliament or this Monsoon session, the Rajya Sabha has not been productive.

They have brought various bills to this House, but there are much more important issues that they have ignored.